Happy New Year!…and How to Work on Your Lower Back Pain 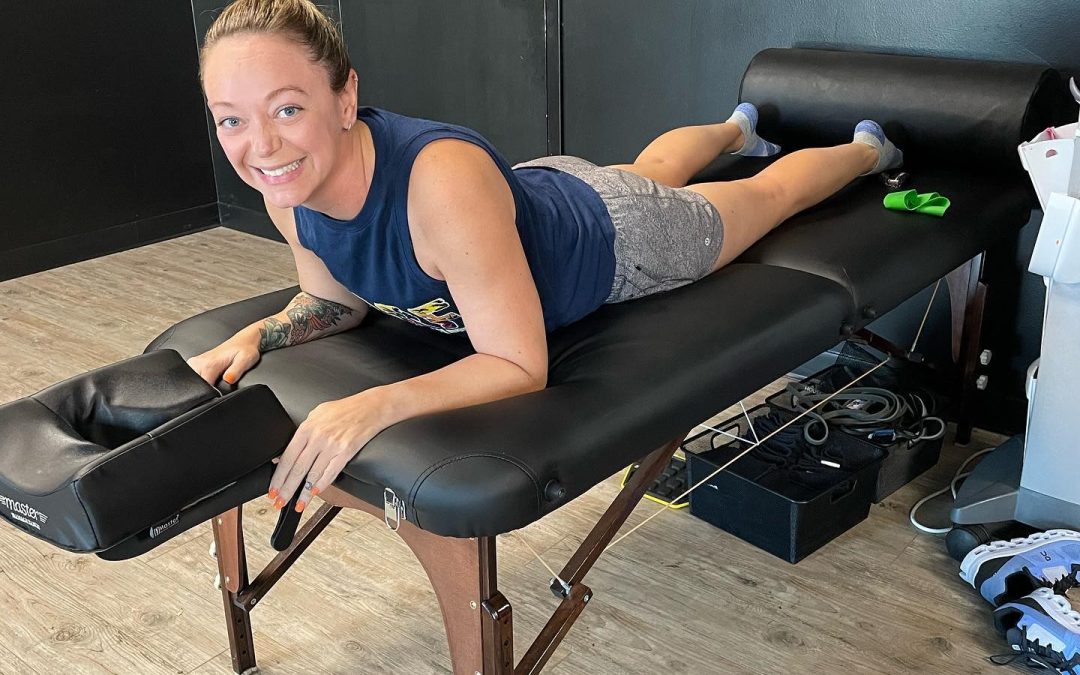 Happy New Year! I promised to write more, mostly to myself cause who the heck still reads this, and so here I am! I’m just shy of six weeks out from my initial back injury. I’m not sure if I call it an injury or lumbar disc disease? Either way it sucks. Here’s what I’ve been doing to work on my lower back pain.

The dramatic day I reenacted the “I’ve fallen and I can’t get back up” commercial, sent me to the ER. They gave me a steroid, anti inflammatory, and muscle relaxers. I also got a steroid pack (Medrol). Since we live in a townhouse with three flights of stairs, I had to sleep in the living room the first night. Good times. By the second evening I was feeling well enough to go upstairs to shower. Best. Shower. Ever. I really didn’t do much that week. I slept, took my drugs, and took very tentative steps/movement.

My CT scan showed bulging L4/L5 discs. The PA gave me a referral for an ortho but I decided to wait and see my physical therapist(s). (I have two now because my regular PT is on maternity leave, but her fill in has been amazing.) I also read the entire internet. Wow, there are widely different opinions on what to do about back pain. There are also wildly different opinions on back pain amongst friends and family who’ve suffered the same.

Fairly soon after reading the internet, I ordered a book someone recommended called, The McKenzie Method Fix Your Own Back by Robin McKenzie. I did a few of the very beginner, gentle stretches and was pleased that I was regaining some painless range of motion. When I tell you that the pain I had so terrible I was afraid to move in fear of triggering it again, you’ll understand why I just wanted to see my DPT.

Since I thoroughly trust my DPT, I figured I would start there. I went to see her, and she looked at my scan. Her opinion based on what she read was that I could do PT and heal and get back to my life. So, instead of going to an ortho and dealing with more insurance and potentially shots in my spine (pass until I absolutely need it), I started PT. As a reminder, this is just how I chose to go about this situation. I may end up at an ortho down the road but I’m a fan of starting with the least aggressive route.

Prior to PT, I did go to the pool. I was able to use a pull buoy and swim slowly but completely pain free. That was a big day! And before I continue, I’d like to add just how much I think swimming has helped. On the days I swim I typically don’t experience any pain during or after. I had stopped swimming a lot lately and I think that was a bad call. I will continue to swim weekly because I truly think it’s helped a ton with healing and strengthening. I also did short walks when I could.

The first appointment was the second week after the initial fall down go boom. I walked in moving slow as a turtle and nervous because typically my DPT kicks my ass. She saw my nervousness and assured me it was going to be a gentle assessment. And then laughed. I laughed too, all good. Those kick ass sessions work for muscles issues and imbalances. For the back, we’d start gently. Whew!

The first exercise with both my DPT, Sydney, and the McKenzie book is a modified cobra position. Basically, lie on your stomach and prop yourself up on your forearms. In that position you let your hips sag into the ground/mat. This felt really good and since it seems to be a general go to for back pain it’s the one I do the most. (It’s the one I’m doing in the photo.)

Sydney walked me through a few gentle transverse abdominis (TA) exercises. The TA is one of the innermost abdominal muscles and it’s needed to stabilize the spine. For those we did a few rounds of just contracting those muscles while on my back. It’s pretty straight forward, just focus on sucking in the belly down toward the ground to engage those lower core muscles. We added a half dead bug variation to that – just the lower portion of the dead bug but you tap your heels instead of extending them and no arms. Sydney also added in dry needling at the very end of the session. I feel a lot of tension released after this modality and recommend it.

On our second appointment I started with a 10 minute walk on the treadmill. Then, Sydney added a few more exercises. They included the bird dog and small cat/cow stretch that focuses on the hips moving more, so not as deep of a stretch as you’d normally do.

By our third appointment we were able to add in some glute bridges and balance pad work. I used mini bands on the balance pad and did kicks forward, back and to the side. Those help increase glute strength. I also did side planks. No pain on any of these. I will say I am experiencing some what I call “pings” here and there. Nothing major, but I think my back’s way of saying it’s still healing.

In between PT appointments I do my exercises and I’ve been able to walk. At first I only walked short distances, and had to stop or sit. I eventually got up to three miles without issue. Huzzah! I was also able to return to bootcamp last week for a modified class.

Today, I was able to do a run/walk 5K. I walked a mile and a half to warm up, and then started 2:00 minute run/ 2:00 minute walk intervals. The run portion was kept easy, of course. I feel a little bit of tightness now so I won’t run again for a few days. I want to be able to run for as long as possible, so I have no problems listening to my body and letting it fully heal. What’s a few months in the grand scheme of things?

I hope that anyone reading this with back issues gets some take aways on what can be done to help the healing process. Hopefully the next time I write I will have made even more progress. And, if I can’t run, I can always swim.

NOTE: I am not a doctor so please see one if you have back pain or injury before doing any of these exercises.