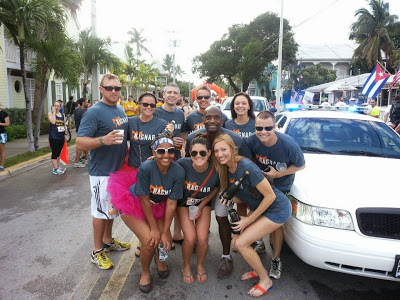 I came back from my blog break and supported my favorite guy and many friends at the inaugural Best Damn Race. 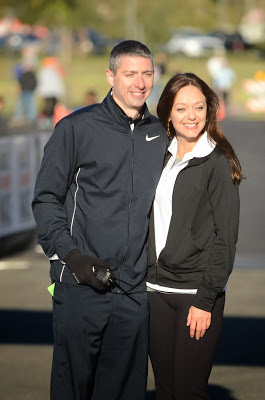 March 2013
I make my return to running and realize coming back from a break is tough. I get to see my favorite Redhead at our friend Riki’s wedding and have a blast running the Sarasota Half Marathon with Nanci and Caroline.
April 2013
Run the Irongirl 5K, mourn with the world at the Boston Marathon tragedy, and complete the St. Anthony’s triathlon as a relay. 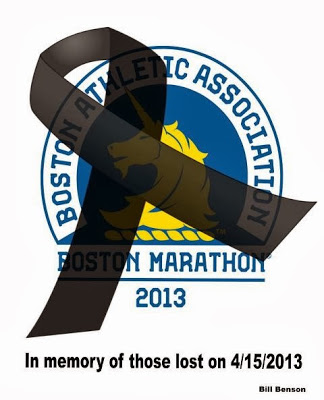 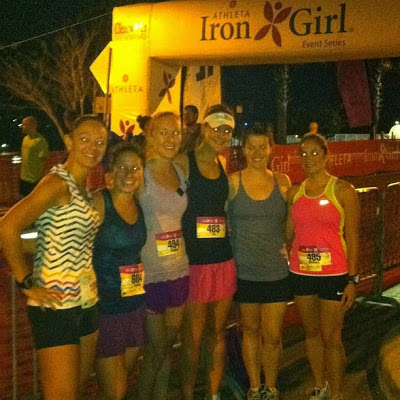 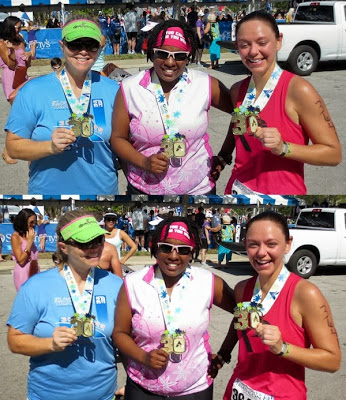 May 2013
Celebrate my nephew’s first birthday and take a vacation with the S.O. to Puerto Rico. 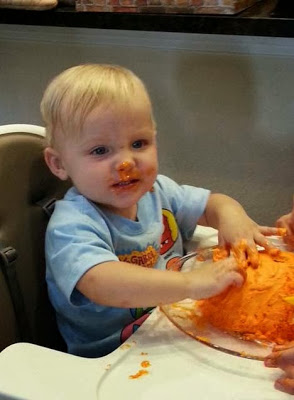 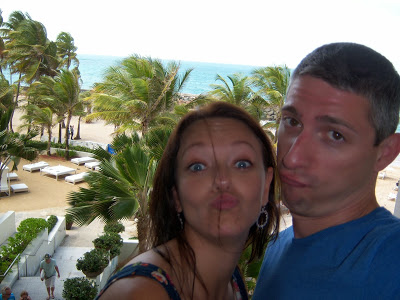 June 2013
Meghan and I go on our first of what will be many bike rides together, I move in with the S.O., I DNF a sprint tri after THREE flat tires, I decide to run the Jacksonville marathon because Chicago falls through, I run a hot Father’s Day 5K, and I buy a fancy new tri bike. June is a BIG month apparently. 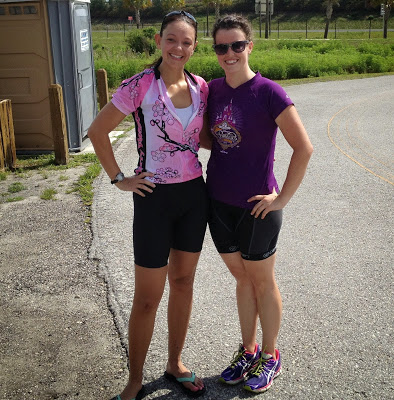 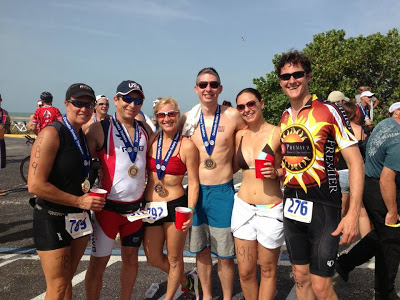 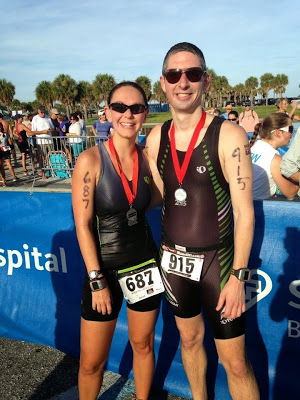 September 2013
REGISTER FOR AN IRONMAN!!!!!
October 2013
Run, a lot, volunteer at Cystic Fibrosis Cycle for Life, swim in the University of Tampa Master’s Swim Meet, spectate for the S.O. and many friends at the Marine Corps Marathon while dressed as the Stay Puft Marshmallow Man. 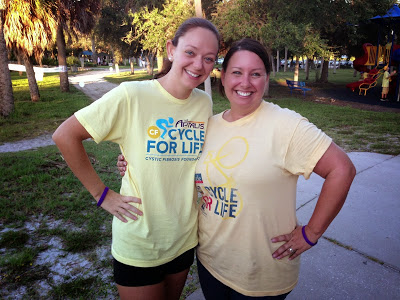 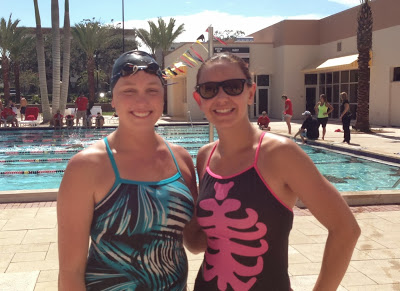 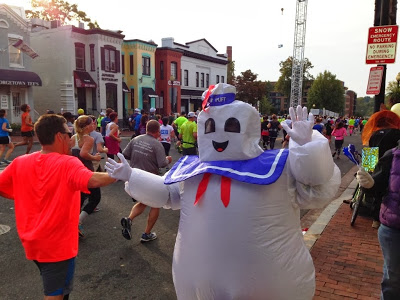 November 2013
Run a 5K and half marathon as training runs/pacer, rock my Spandits!, spectate for Meghan’s first 70.3 and rock Stay Puft with Tori the banana. Lose my wiener at the Women’s Half Marathon and PR my 5K at the Turkey Trot. 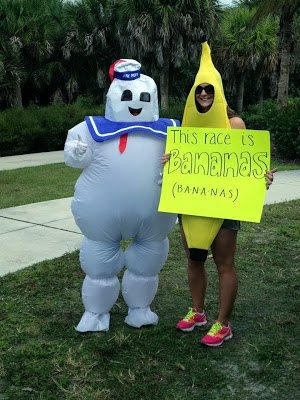 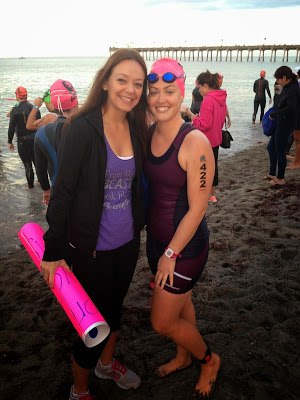 Run some more, make some cookies, host a giveaway, meet MEB, and FINALLY run my marathon. 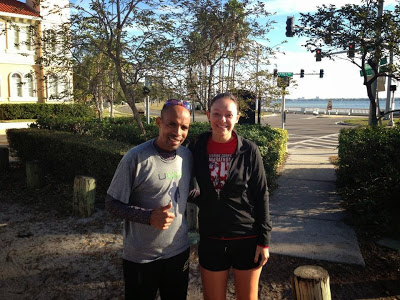 Whew! What a year!