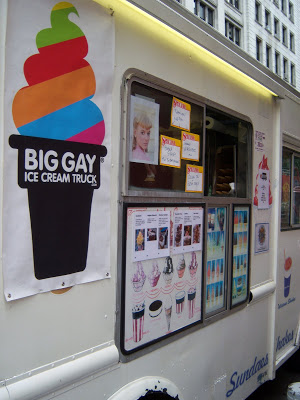 I am officially back in Florida. I got in today around 2 and had to run a few errands and then unpack all my tourist junk. I had such a great trip to New York. Thank you Auntie Pam!

On the running tip, I got in a run with the Brooklyn Road Runners in an awesome park called Prospect Park. I was the slowest in the group (what else is new?) and I ran a very quick 3 miler with them. I looked down and saw we were running about an eight minute mile (or less) and thought “Holy crap. How will I make more than 3 miles with these people?”
Fortunately, they ran 3 and were done since none of them are in serious training and some were running a 5 mile race in Central Park the next day. I asked if it was closed, and sadly it was or I totally would have signed up for it. So after the BRR left I did one more loop by myself and hit 6 miles in about 50 minutes. I gotta say it was a gorgeous run. I felt great, the weather was perfect, and the little surprise hills were a butt kickin’ bonus.

Since most of my trip revolved around eating I figure some photos are in order.

First up, I hit The Big Gay Ice Cream Truck. I actually read about in on my flight to New York in the Delta magazine. I forgot my damn Runner’s World, but it was a little blessing in disguise because I found out about this truck. The guy who owns it has some really cool flavors and the ice cream itself is pretty tasty. I got soft serve vanilla with olive oil and sea salt. It was a delicious blend of salty and sweet.

Next up, actually the same day I had the olive oil and sea salt ice cream (keep that in mind), I went to dinner at Prune. Ever since I saw Anthony Bourdain (TV foodie) eat roasted bone marrow here I was obsessed with trying it. And let me tell you it was awesome. I know most of you are gagging, but it was really very tasty and different. I’m a total wanna-be foodie and will try almost anything. This of course, would have been a fine idea had I not eaten two very oily dishes in one day. Needless to say, my tummy who normally only gets lettuce and bland healthier items was not so happy with me later that night. Oh well. Totally worth it. 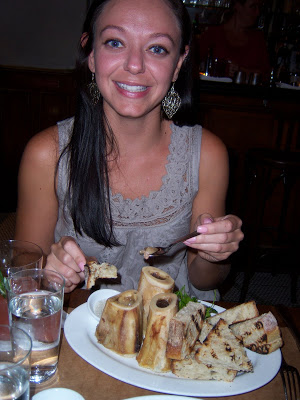 I also had to try a hot dog from the famous Gray’s Papaya. Now any New Yorker will say, “Blech, why do you want to go there?” But us touristas see it on TV (I watch a lot of food network) and have to have it. Now, let me just say that the hot dog was fine. It was just a regular old hot dog. However, the papaya drink is where it’s at. I may need to figure out a way to make a papaya drink at home. It was so yummy. I say, skip the dog and get the drink. 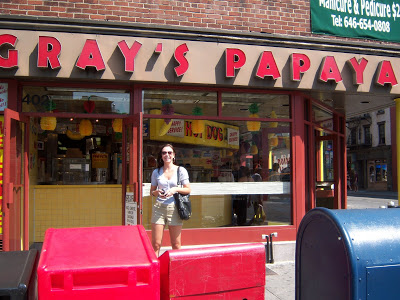 Obviously, I had pizza and it was amazing. And I had the most amazing dumplings I’ve eaten in Chinatown at Joe’s Shanghai. I’ll be craving those forever. I also had cheesecake from Brooklyn’s famous Junior’s. Let me tell you that it was to die for. Or as my Granny would say, “To live for.” Ha Ha.

I also did some shopping and got a most cute running outfit at Lulu Lemon. We don’t have those near me yet (coming this month actually!) so I had to get some gear from there. I saw this shirt and had to have it. And I got these adorable shorts to go with it. Love it, right?
I’m back and ready to run, and swim, and bike. I walked so dang much that I feel surprisingly fit amidst all the crazy eating I did. I’ve gotta get back on track for the triathlon, which is actually next month. Yikes!
Hope you all had great weekends.