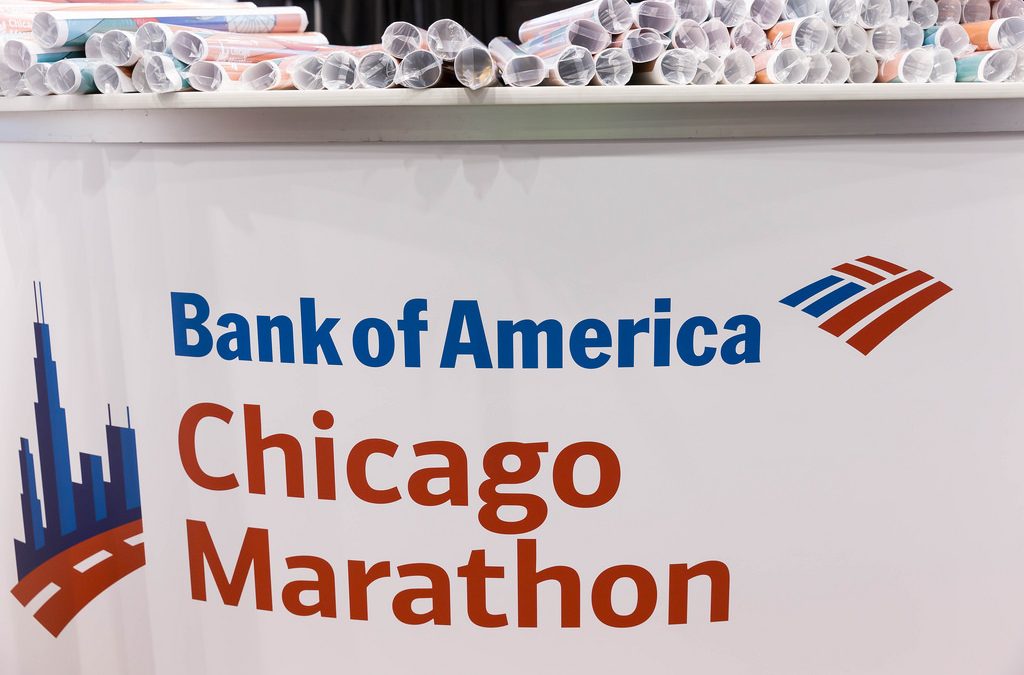 Stop Looking at Me Swan!

As I was thinking about this post, that scene from Billy Madison where he’s being a total child in the bathtub and yelling at an inanimate object kept popping into mind. That’s sort of how I have felt this week. Irritable and childish, and not in a cool Gambino way. I am chalking it up to taper madness. I don’t normally feel grouchy during taper but work has been extremely stressful and my decreased miles mean no stress relief. Thus, childlike behavior. I haven’t thrown a shoe at anyone yet, so there’s that.

The million dollar question, considering the Chicago Marathon is next week… What is my goal?

If I’ve been asked this once, I’ve been asked it 1 million times. And while I have discussed pacing strategy with my coach, I’ve also shied away from really locking down a goal time on this one.

I will say, I told her a time and she told me I was nuts and said a faster time. Heh.

As a coach, I know that not having an exact goal can be frowned upon, but I know the marathon. And I know that, for me, so much depends on how my legs feel for me those first few miles. I am trained and ready to go, but I am also taking this one as a marathon refresher. This marathon is part of a bigger picture. I want to keep running marathons for a bit and try to qualify for Boston before I’m 90. I mean, I’ll still be happy to run Boston at 90, but I don’t necessarily want to wait that long. And to do so, I think I need to really hone in on the distance and keep chipping away at it. I’ll work hard and see if Boston and I can’t meet somewhere in the middle. Plus, since I’m keeping it real, I love the marathon. I am happier running now than I have been doing triathlon in a while. Again, I’m not quitting triathlon, we are just on a break.

Am I giving myself an out in case I have a shitty day? No. I have had shitty days and I am happy to own up to them. I just know that the marathons where I have had fewer expectations and didn’t put crazy pressure on myself, I’ve done much better. Am I tricking myself? Sure. But it works for me, and when I work with athletes I am A-Ok to let them use this same strategy. Not every race needs to be set on time goals. I have one athlete who likes to set goals more on how she feels and I think that’s awesome. She’s allowing herself the room to be an artist and not be so stuck into a Garmin pace. And, we’ve seen it work time and time again. I know that sometimes during a marathon when I’ve seen paces on the Garmin that I didn’t like it’s upset me and instead of lighting a fire it’s done the opposite. Not everyone is a racing robot and there’s no shame in that. Ultimately, we learn what works for us in breaking through those tough spots and what doesn’t.

On this bigger picture plan, I have a few other races lined up heading into the winter and spring. I’ve been having that groin/adductor twinge so I will definitely need to see how that holds up during Chicago. I don’t think it’s one of my phantom injuries, but I say that before every marathon, don’t I? Ha.

I’m excited to run my 10th marathon in what is shaping up to be really nice conditions. It’s been nothing short of hellish training in this Florida heat so I’m thrilled to see temps in the 50’s and 60’s! I always want colder, but going from 85 to 60 is pretty damn excellent. I know I complain about the temps, but the company during this training could not have been better! I’m looking at you – Haley, Judy, Hugo, Jiri, Jeanette, Kelly, Dow, Celeste, Amy, Tori, Jeremie, and all my Safety Harbor Crackadawn and Tribal peeps.

I will promise to write a post after Chicago and give you all the mile by mile run down. And of course, all the ways I reward myself after.

Let’s do this Chi-town! 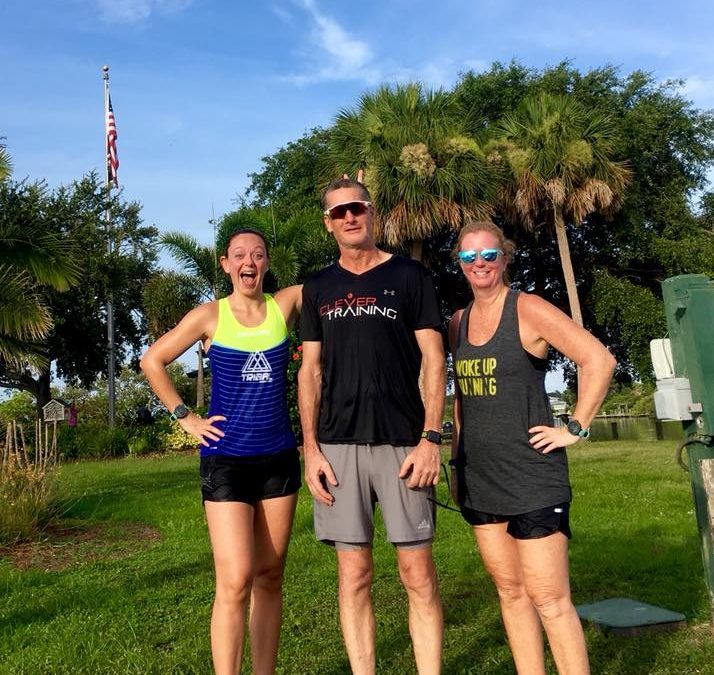 I know it’s been quite a while since I posted, but trust me I have written at least a dozen witty posts in my head. My athlete, Alex, gave me a friendly reminder the other day. She said she was patiently waiting. I have been getting a lot of creative outlet time at work so the blog fell to the wayside. As it does. BUT! I’ve also been running and coaching and livin.’ (Side note: I interviewed a young man for a job and when asked what he had been doing lately his response was, “I’m livin.” Cracked me up!)

Instead of a recap of what I’ve been doing lately, I will just give you all a list of things I have re-learned during this marathon training cycle. Way back in 2017 I ran my ninth marathon, and while that doesn’t seem quite so long ago, I haven’t trained for a fall marathon since 2010! And back in 2010, I swore I’d never run a fall marathon again! Summer in Florida is BRUTAL. It’s humid and hot as hell! In order to train for a fall marathon this means slogging an ass-ton of miles in the smack dab hottest months of the year.

All that changed, of course, when I was selected to run the Chicago Marathon via lottery entry. Again, training for a fall marathon in Florida is like running on the sun, but add in the humidity of 10,000 swampy swamp swamps. With the exception of one glorious 20 miler in Iceland, I’ve been slogging my way through marathon training. Unfortunately, I have made some rookie summer running mistakes along the way. But I have learned my lessons (again) and want to share these tips with you. On the plus side, I only have five weeks to go until race day!

2. You are going to have to slow down. No matter how much you want to hit all your amazing spring running times, it just ain’t gonna happen. And that’s OK! I’ve made my peace with slowing down while it’s as hot as an oven outside. I take myself inside on a treadmill when I want to really nail those paces on longer runs.

3. You need to both HYDRATE and FUEL more. I read here and here that you burn more calories when it’s hot and this makes total sense! Typically I can run for about an hour and feel fine on an empty stomach. However, the more humid and hot it is outside the more quickly I feel depleted. I’ve started eating small meals before even hour longs runs and I feel much better! This also includes eating and drinking enough while on your runs.

4. The earlier you run, the earlier you’re done. (And not running under full blown sun fire.) At the beginning of this training cycle I was trying to start my long runs at the late, late hour of 6 AM and I realized quickly this would not do. I suffer a lot in the heat and even though 4:30 AM is basically still night time, it is awesome to finish a run by 8 AM!

5. Socks matter! The right running socks can make or break your long run. On one long run, that wound up being cut two miles short, I had a blister on the ball of my foot that was killing me! I realized I was running in my everyday running socks. What I needed were some heavy duty wicking socks that would work harder to keep my feet dry. I have yet to find socks that are capable of this – but I think Swiftwick does a pretty good job. (I plan to change socks half way for this weekend’s 20 miler.)

6. Always carry hydration on the long runs. Ugh, I hate carrying things while running! I’ve never been a fan of having to carry my own hydration so I avoid it whenever I can. I try to run routes with plenty of water fountains, but in this heat – plain water at random intervals ain’t gonna cut it. In order to have hydration at the ready, I found this tiny handheld that is perfect for me. It’s not too heavy and I do typically have enough fountains on a route to re-fill after I’ve gone through my Infinit. And of course, I replenish my Infinit when I swing back by my vehicle.

7. Don’t plan a day full of activities after your long run if you can help it. After one particularly grueling run, I had planned a bunch activities for the day and let’s just say that did not go well. Normally, on long run days, I can mow down some caffeine and enjoy my Saturday. However, these long runs in the summer are straight kicking my ass. I have thus re-learned not to plan anything until after I get a solid nap in!

8. Take a trip north for at least one long run. While not everyone is going to pack up and head to Iceland like I did, it is recommended you get somewhere cooler for at least one long run. I swear that 20 mile run in Iceland was such a HUGE relief. I felt good and not only enjoyed running in cooler temps (54!!) but I also loved exploring by foot. Next summer, plan a trip and get your cool run on!

9. Be kind to yourself. Ok, so this goes without saying, but running in the summer is hard! When paces that normally feel easy, feel extremely difficult there’s a tendency to get down on yourself. Don’t do it! You just have to understand that everyone is suffering and your hard work will pay off as soon as the temps decrease. After all, it IS running. If it were easy, everyone would do it! Give yourself a gold star for getting out there – no matter the pace.