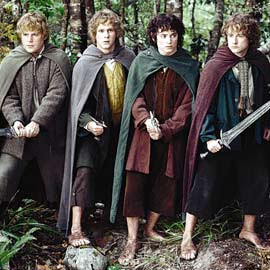 For anyone injured I highly recommend making a contingency plan. It feels great to take back control of the situation. It’s like telling your injury to “Piss off!” (in an awesomely nasal British accent of course). You could also say “Bugger off!” I hear they use that in the UK too.

On a side note: I watched TWO British films this weekend. Run Fatboy Run and Rockin’ Rolla. As a coincidence they both feature Thandie Newton and people who say things like “Piss off!” I highly recommend both.

1. Go to MCM. Don’t run and be an athletic supporter of the 20+ B.R.A. members who are running. (Probably choke back tears during MCM and drink a hidden flask or twelve of Baileys.)

2. Go to Chicago and cheer on the Redhead and super speedy Jess (in her quest to BQ). Booze it up around Chi-town and go to Kanye’s home to tell him to “Piss off!” (Lyrics = good, MTV VMA’s = bad)

3. If I can’t run MCM I will probably sign up for the Halloween Halfathon, should I be all healed by then. I LOVE LOVE LOVE Halloween. I am already thinking of a costume for the race, you know, just in case…

Obviously, these are great options. I think that I can swallow my tears and cheer on those running at Marine Corps or Chicago. I can also have a great time in either city. Sure, I won’t be running but I’ll be eating and drinking my way through both! Not to mention the fact that I really enjoy making signs. (My inner sorority girl loves markers.)

That being said, I am not throwing in the towel just yet. My ankle feels even better again today and I’ll keep up the aqua jogging and cross training. I also want to thank you guys for your support through this injury. It’s been tougher than I ever imagined.

“Faithless is he that says farewell when the road darkens.” – J.R.R. Tolkien (The Fellowship of the Ring)