Crewing for the Double Anvil 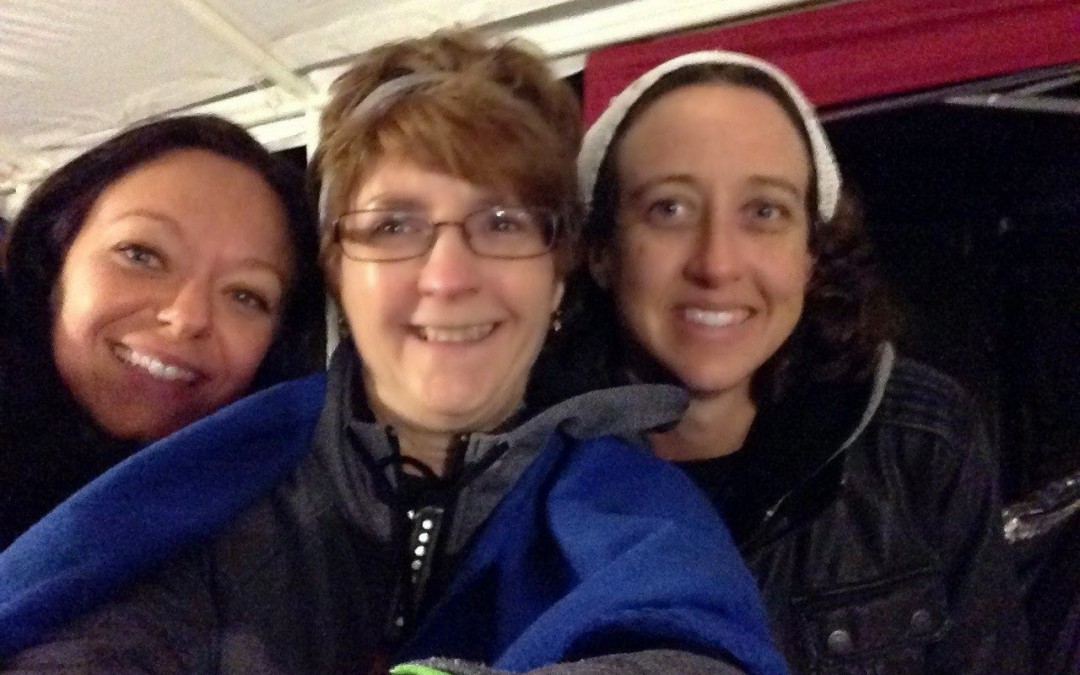 Last Friday I had the opportunity to crew for some friends competing in the Florida Double Anvil triathlon. The reason this race needs a crew is because it’s the equivalent of TWO ironman distance triathlons. Yes, you read that right. It’s a 4.8 mile swim, a 224 mile bike ride, and a 52.4 mile run. Athletes are given 36 hours to finish. And yes, I know several maniacs willing to take on this challenge.
My friend Bill was doing the whole shebang, while friends Dave, Katie, and Vtox were on a relay team. My Tribal Mutlisport buddy Rose was also on a relay but with only one other person, a woman named Ann.

I’m not sure why Bill thought asking for my help was a good idea because I go to bed when the street lights come on. I guess he knew I had the Redbull hook up…

I had plans after work on Friday night so I wouldn’t be getting to the race site until about 10 PM. It started at 7 AM that morning and didn’t stop until that 36 hour mark. I had instructions from my fellow crew members to pick up a cheese pizza, more batteries (for what I’m still not sure), and ice. The ice and batteries were easy, the pizza was not. The race is held in a park with a paved trail so finding a pizza place close by was a challenge. Once I did find a pizza place it was near the local college and they were slammed. I swear I thought I would never get to the race!

Once I finally arrived to the park, I had to open the park gate in pitch dark and drive a little ways to where the athlete tents were lined up. There were only about 50 athletes but everyone got a tent and supplied their own crews.

As I drove up, I realized some people were already running and I found this amazing. I really didn’t think people would be off their bikes. I obviously cannot math very well, but to me, 224 miles would take like two days. Ha.

Fortunately, I got there in time to help Bill a little while he was on his bike. The trail is a seven mile loop that the tents were set right next to, so he would stop when he needed food or a butt break.

In addition to my local friends, a twitter/blog friend was racing alongside her husband. Some of you may read Maria’s blog. She’s an incredible athlete. I only got to meet her as she ran by and I awkwardly cheered for her. “Go Maria! It’s Beth! (I had to tell her who I was because not only had we never met before, but at this point it was also very dark. Her crew was awesome and I got to chat with them a bunch.

We passed the time between Bill’s loops by chatting and eating. I ran between a few different tents checking up on other friends and Maria. It was chilly when I arrived but it got much chillier as the night went on. I was so happy I remembered to bring my big hoodie and sleeping bag.

As Bill began the run portion, we moved our stuff down closer to a spot just before the turn around so we could better assist him and our other friends. The run is a 1.7 mile out and back. Athletes have to run 30 laps. Ouch. I guess in a way it’s good though because seeing your crew that often has to be a big help.

I started getting drowsy around 3 AM and walked over to the main food area and got some soup. Honestly, it wasn’t the best soup I’ve ever had, but it was HOT and that was a huge help by this time. We were all shivering! I had been drinking Redbull’s and Cokes and coffee to stay awake but by 4 AM I was fading. Luckily for Bill, his other crew members were much better at staying up. And of  course, I’m amazed at the athletes who were still going like Energizer bunnies…ok maybe tired Energizer bunnies.

I sat down in a chair wrapped in my sleeping bag and before I knew it, an involuntary nap occurred. I jolted awake and felt really good. I was instantly afraid I’d slept for a few hours. I believe I slept for about an hour and a half, but at least I woke up before sunrise. (BTW, my stomach was SO angry when I woke up. The caffeine caught up with me. Heh.)

I got to see the first male finishers come in and they were crazy fast. I believe the first man finished in about 20 hours. Yes. That’s basically two 10 hour ironmans. Nuts.

It was when the sun started to rise about 7 AM, that I decided Stay Puft needed to make a visit to give the athletes some pep.

My friend Rose and her teammate Ann finished not too long after, and our coach and other teammates, including the S.O. came to see them cross the finish line. It was very cool to watch!

I continued to cheer for a little bit longer but knew I had hit the wall. Again, I have NO IDEA how these people were still moving. I could not wait to get in my bed and as much as I wanted to watch Bill finish I knew I was toast. (I also knew he was going to be fine as several other friends came to cheer him on and help with any later crewing.) He did tell me later he had a very small nap where friends had to pull him up to get him moving again. I’m sure that nap was a godsend.

My friend Lindsay and I headed to breakfast because I needed a proper meal after a night of eating chips and soup and caffeine. It was glorious. (Sorry, Bill. I know you are reading this thinking of how you were busting your hump and I was eating at Bob Evan’s.)

I did check facebook a few times while I napped on and off and was so happy to see this: 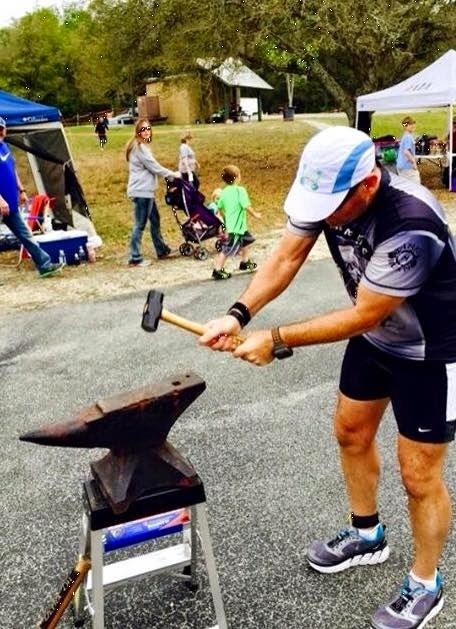 That would be Bill hitting the anvil twice at the end of his race. He did it! I have no idea how any of them did this but it was really cool to watch. Don’t get any crazy ideas, I’ll not be signing up for this one. I’m happy to crew and share in the glory of these badasses.

Congrats to all the Double Anvil athletes! You all are seriously amazing.