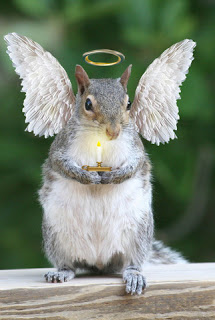 Last week was a total bust in terms of cycling. All of my good intentions to ride just kept coming up short. I can blame rain and lightning and work and all of those other typical excuses but when it comes down to it, I just didn’t feel like riding my bike. I could have planned better. Although I did make a solid effort to ride yesterday.
I woke up early and headed to the big, scary hills (yes, we have those in Florida) for a group ride. I wasn’t feeling into it on the hour long drive out to the hills and I really wasn’t feeling it when I got there. There were a lot of other riders that I didn’t know and talks of riding hard and that the local police in this itty bitty town weren’t too happy with cyclists. So, at the very last minute, I decided I didn’t want to do it. I just flat out decided that I wanted to ride alone and where I knew the route. Yes, I had a bike anxiety day. I haven’t had one in a long while but it happened and I’m over it. Let’s move on.
I got in my car and headed over to the much less scary paved trail. I planned on riding anywhere from 32 to 39 miles just so that I could get something in on the bike for the week. Since I was already a feeling small and dumb for leaving the group ride in the way that I did it’s no wonder that what happened next got me all sorts of upset.
As I rode along the trail I was thinking about how far I’ve come on the bike and it was ok that I left the group ride. But I couldn’t help feeling a twinge of guilt about it. Clearly, had I stayed with the group a poor innocent creature could have lived another day to gather nuts.
Anywho, I got to mile four and saw a squirrel a little ways ahead of me. I had previously thought squirrels were playing chicken when they did that crazy run back and forth thing they like to do. It pissed me off. And I thought they were assholes. For some reason I decided to look up this behavior one day when I was bored. I found out they do it to try to confuse predators. I think this is smart and sad all at the same time. Makes them more like able now doesn’t it?
This little squirrel, whom I’ve creatively named, Mr. Squirrel, saw me and began his zig zag dance with destiny. He zigged right and then left and then right again. Just as I hoped he would get off the trail to the right, he ran back toward the left and right into my front wheel. There really wasn’t much I could do. I know that I am supposed to stay the course as much as possible on a bike to avoid losing control and busting my face. I’d like to say I’m happy I didn’t crash and I did the right thing, but of course the animal loving side of me is sad that I hurt and/or killed him.
My eyes welled up with tears as I rode shakily forward and then decided to go back to see what I’d done. I turned my bike and rode back to the spot where I’d hit Mr. Squirrel, but he was gone. I figure I maimed him enough for him to scurry/hobble back into the nature reserve to die amongst his little squirrel friends.
I ended my ride as soon as I got back to my car. And yes, I cried. A couple of times. I can’t help it. I’m a sucker for animals. I did the whole chin quiver, followed by some sobs and then made three phone calls. One to coach Navy Steve, one to P-Funk and one to my sister.
I sort of locked it up for the call to coach Navy Steve. I think my voice cracked one or two times. His first remark was, “You hit a squirrel!?! I never hit a squirrel.” Followed by, “Did you stay up?” He then assured me the squirrel was probably fine. He’s a nice coach.
However, I’d like to point out that both P-Funk and my sister laughed. Of course this made me laugh too because I’m sure I sounded hilarious sobbing into the phone that I killed a squirrel. My sister said to look on the bright side, at least I ride fast enough to kill things now. And P-Funk told me that squirrels were resilient and fell out of trees all the time. She even met me for breakfast so I could Belgium waffle my sorrows away.
It’s ok to cry on your bike, even if people look at you oddly while you ride by them. And I hope Mr. Squirrel is happy in squirrel heaven where they never run out of nuts and ride squirrel-bikes over cyclists.

On a happier note, I ran TEN miles on  Saturday. That’s the most I’ve run since March. I’m hoping that I can keep running farther bit by bit until Augusta. That clock is ticking and I’ve lots of work left to do. Happy Monday.
P.S. Can you guys say a little prayer for Mr. Squirrel and his family? And also maybe throw in a little prayer for me and not running over anymore animals? That’d be great. Thanks.