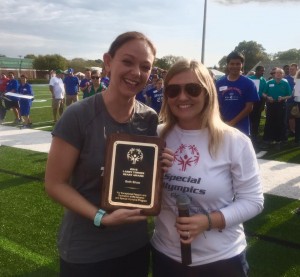 Currently. I took a week off of blogging and need to catch up with you all on what’s been going on. Quite frankly, it’s been a lot! Thus far, 2016 has been a whirlwind of highs and lows. I’d be happy with a bit more even keel moving forward but I’ve been very blessed with a couple of awesome things thus far.

On Saturday I was signed up to volunteer at the area games and help out with volleyball. After I arrived I was told I was needed on the football field at 8:30 AM. When I asked what my duty was, Sarah, the County Director, told me I was being honored. I was floored. I’m still shocked and just so completely overwhelmed. I cried before I even got the award and then cried some more when they presented it. I cannot say thank you enough and really wish I could do more.

I received the Larry Timmer Heart Award. Sarah said some super amazing things about Larry Timmer, another volunteer who the award was created for, and I was and still am in awe of being the 2016 recipient. I may be tearing up just writing this. Saturday was truly a great day.

Another very cool thing that happened this month was being featured in Women’s Running Magazine as their “expert” of food races. Remember when I did that donut run last June? Well, I got hooked up with a writer who writes the expert piece for the magazine. I thought it was a fun opportunity and as the article states, balance is important and having fun in the sport is key. I don’t recommend food races as your main staple of racing, but throwing one in now and again is worth the extra calories. You can see the article in the April issue. Fun, right? 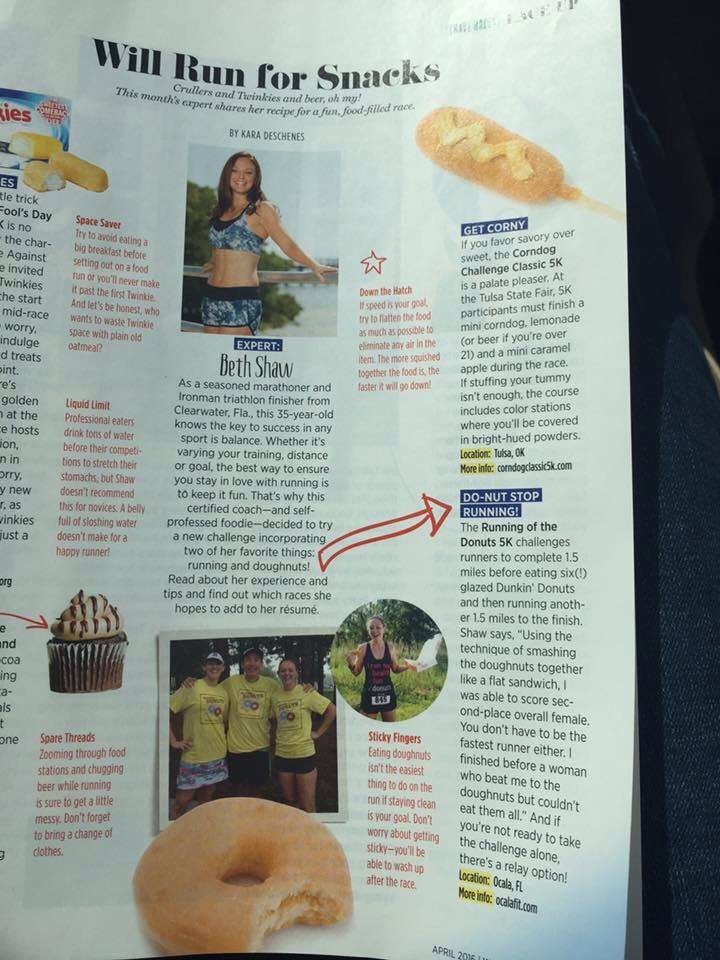 I’ve also returned to the gym and the hills this month. I completed a 30+ mile ride last weekend and hit the weights last week. I’ve come a long way as a person who hated the weight room to a person who now really sees the benefits and prescribes it to athletes I coach. I was comically sore from Thursday, but I was able to run and that used to be a big problem. 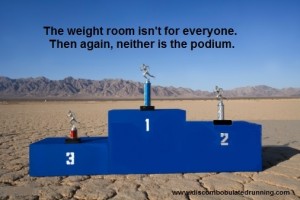 I’ve also selected my races for the summer and I’m thinking a sprint triathlon is in order. More on those later. Plus, that trip in July for the small annual road race in France has been booked. Allez! Allez! I’m excited and nervous all at the same time. It’s a lot of planning and a lot of money. But I know it’ll be amazing!

Oh, and here’s who I’m backing for president. 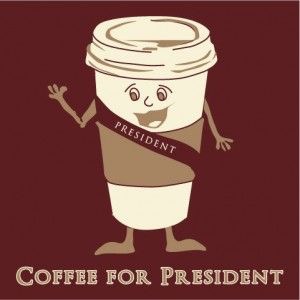 That’s it for now! Have a great Monday!