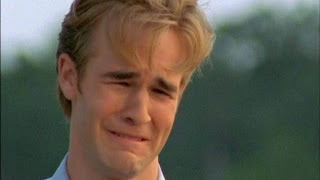 As I stated on Friday, I planned to rest a couple of days and then attempt my long run on Sunday. On Saturday morning I hit the beach for an open water swim and as I walked on the sand, my leg and hip hurt. Cue foreboding music…
As Saturday wore on the pain subsided and I thought perhaps I had just worked it out and would be good to go on Sunday.
I woke up super early on Sunday, ate a breakfast with more calories than normal (testing this out) and headed out to meet a new running friend named Kevin. I told him before we got going that he would more than likely drop me since he is faster and I wasn’t quite sure how my leg/hip would hold up. Within the second mile I told him to go ahead. Every time my right foot hit the ground, my leg, hip, and/or knee would hurt.
Being the ridiculous runner that I am, I tried to bargain with my body. I would run for a bit to “see” if it still hurt. Then I’d walk. Then I’d feel fine walking so I’d run again. And hurt again. I finally threw in the towel around mile four and a half. I was having standard runner’s denial and wanted to be absolutely sure I wasn’t just being a baby. I know the difference between pain and soreness. This was pain.
After heading back to the cars and seeing Kevin off for the remainder of his run, I told myself I would not get sad. I would just suck it up and take a week off and go from there. I even saw Coach Jon and he said to do the same and not give up. Then Monday rolled around…

I admit to fully throwing myself a pity party, complete with Mexican food, going to a museum, and walking the mall dejectedly. The S.O. is basically a saint and endured my day long pouting with hugs and offers to buy me stuff. Ha! (He knows about retail therapy.)
Today I woke up early and headed to strength training with the Tribe. I did most of the workout but was careful with the leg and worked on some hip strengthening exercises and good stretches. My leg feels better but it’s not 100% by any means.
Mentally, I feel much better. I needed a day to sulk and now I’ve moved on. Sure I’m bummed but I’m not wallowing anymore. Grandma’s isn’t entirely out of the question at this point and I’ll do everything I can to promote healing. If I can’t get healthy in time to run it, so be it. The beauty of being a retired triathlete is that I can always fall back on swimming and … cycling. Who knows, maybe it’ll spur that desire to “tri” again.
I’ve been injured before and had to skip a marathon. It didn’t kill me and I only had to take a few weeks off. I also took some elected time off before and again, it didn’t kill me and I came back good as new. Thinking back on some of these down times helps me look forward. It could always be far, far worse and there’s no reason to waste time being a sad panda.