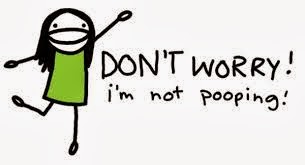 Let me start by saying CONGRATS to the Chicago & Steamtown marathoners AND to the Ironman Kona finishers. Fantastic racing! Now on to the post.

I suppose I decided since it was the Fall season, I’d really get into the spirit by taking an actual fall during my 18 mile long run on Saturday. There’s truly a first time for everything. Let me tell you, I don’t recommend falling. Even if you are running at a moderate clip, this shit hurts. Let  me paint the full picture for you. Everyone could use a Monday laugh right?

Saturday’s run started out fairly normal. The S.O. and I got up way too early for any one’s liking and headed to meet our friends with the Blue Sharks running group in my old hood. I got in three miles before the main crew joined us and happily learned that my friend Karen would be running about my pace. Truthfully, she was running faster than I have been but this actually worked out very well since it helped me pick it up.
We got running and the miles ticked off very quickly. It was nice and cool out on Davis Island and we said hello to Mr. Jeter as we passed his home/sprawling ridiculous mansion. As per usual, we took advantage of the running group’s water stops that are set up every two miles for the ten mile loop. We picked up another running buddy around mile six or seven and the three of us carried on our merry way. I stupidly decided to drink some Gatorade and immediately regretted it as my stomach took a turn for the worse. I can only assume it was the Gatorade but who knows. I made a potty stop and then felt fine. I need to get this under control before Jacksonville.

As we made the turn around point and were heading back toward the cars, probably around mile 12, I realized I was running pretty close to the curb. I just happened to look down and see the curb right as it caught my toe. And then, as if in slow motion, I was pulling a Superman straight into the ground. I tried to roll a bit to my side and pulled my head back to protect my money maker AKA my face. I skid landed onto my left hip with my hands digging forward into the dirt.
I got up as quickly as I could and assessed the damage. I didn’t see any blood but could feel the pain in my hip where I made impact. My right hand looked like I had crawled out of a grave. 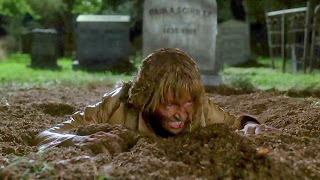 I was basically fine and knew there was no way I was going to let a little stumble prevent me from finishing the first 18 miler on my training plan. Suck it pavement and dirt! We continued on our way and we hit the water stop where I rinsed my grave digging hands and skipped the Gatorade.
Adrenaline is a wonderful thing. Not only did I finish this run, but I ran over 18 miles because I just felt good and wanted to run back to the car (normally I’d walk when I hit 18). I wound up running 18.36 miles and kept a 9:18/mile average pace. Maybe falling is the way to go?
I’ve got a pretty nice bruise on my hip and that side of my body feels like it went a few rounds with Rocky. My neck is also very sore from where I saved my face. Totally worth it. I don’t recommend falling but I suppose it could have been worse.
Happy Monday kids. Ever fallen on a run? How long did it take for the soreness to go away?