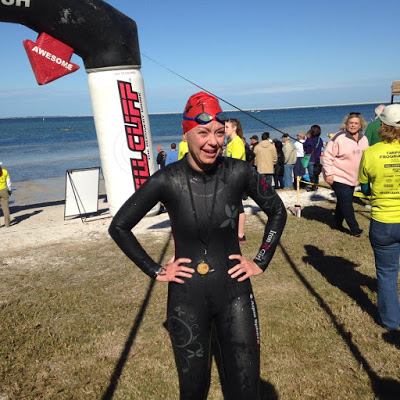 Deep down, I’ve always wanted to try boxing. I never really want to get hit in the face, because, hello, that’s my money maker, but I’ve always wondered what it would be like to go Ronda Rousey on someone. I can probably hit someone with the strength of an insect, but in my imagination, I’m sending them straight to the moon. That whole being hit back thing would probably suck though. I’m guessing.

Now don’t get me wrong, I’m not a violent person. I just think one good punch in like a professional fighting session would be enough to rid me of my thirst for fisticuffs.

I was thinking about giving up running and triathlon and really going after being in one real fight. I would need months and months of training. And I would be just like Rocky Balboa. The S.O. would be my Adrian. Yoooooo S.Ooooooo! I know this sounds crazy but just go with me ok? It’s my dream. I can do what I want.

After my big bout I would donate my winnings to a great cause, like the Navy SEAL Foundation. Those dudes risk their lives everyday and they sometimes pay the ultimate sacrifice which brings a lot of hardship to their families. I think taking a few punches in my noggin would be ok to give them a hefty donation. Agreed?

Ok, so obviously, I’m not going to sign up for a real fight. Trust me, there are a few people that I’d wait in line to hit if I knew I wouldn’t get hit back. But since I don’t  really don’t want to get hit in the face, I’m going to swim a 5K again in hopes that I at least have the chance to punch a shark like that surfer guy. AND since I will have a chance to do that, I’m going to raise money for the above mentioned charity. See? It’s a win-win in my fight dream world.*

It would be super awesome if you could help me achieve my dream by donating to such a great cause.


My fundraising page is ready to go and I’d love to kick off the weekend with a few bucks! I promise I won’t be blogging about fundraising everyday…but I will add a link to the sidebar so you don’t forget it’s there. The Navy SEAL Foundation received four stars on Charity Navigator and 100% of the proceeds from my swim go straight to it.

Thanks in advance.
CLICK HERE TO DONATE
* I’m clearly joking here and REALLY hope not to employ any shark punching. I’m traumatized enough by the thought of those mean jellyfish.﻿
** Also, I updated the title of this post to be FLOAT instead of what I did have which was FLY. My apologies to Ali fans. And thanks for the head’s up.