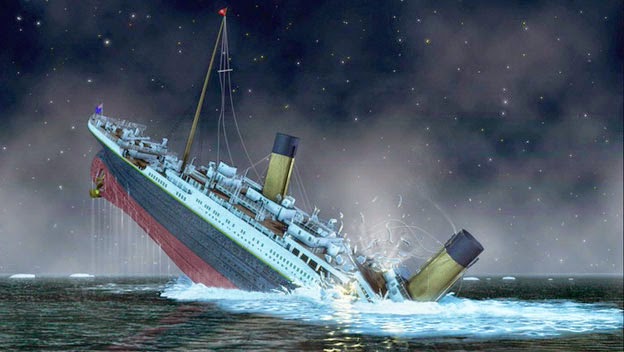 Now that I’ve had some time to process this race and what went wrong, I’m feeling a little better. I admit that I was completely bummed by how it went down and while I’m still a little sad about it, I know it’s just another race to learn and grow from and of course, this is only running. It’s not a life or death situation. In the grand scheme of things, it is just a speck on the calendar.
However, it did feel like this at first:
The S.O. and I got into Jacksonville later than we planned due to horrific Friday night traffic. We immediately got to bed and upon waking up I just didn’t feel good. I tried to talk him into getting back in bed, but since he’s the awesome dude that he is, he said, “Let’s just get dressed and take it one step at a time.” He wasn’t feeling peppy either so I appreciated his resolve to get us moving. I do realize that before the race even started I wasn’t really “feeling it.”
We got to the Gate River Run packet pick up and they didn’t have my bib. It was a bit crazy as we stood in line to get a replacement and we both felt badly for an older gentleman who was writing down all the new bib numbers for frantic runners. Overall, the race was really well organized with the exception of that chaos. They probably need a few more people running the “problems” line.
On the plus side, they gave me a bib that was with the S.O.’s wave so he and I got to head into the corral together, even if I felt like a big fraud. The people around me looked legit and I felt ridiculous. Fortunately, the wave behind me, my real wave, moved up with us right before the gun start.
As I started running I felt ok. I wanted to hold 8:15’s to 8:20’s. I ran my first mile at 8:18 and didn’t feel like I was struggling. Mile two felt good and I clicked that as an 8:11. Oops. Then things got weird. I noticed I was dripping with sweat and my pace dropped to 8:30 and I felt like my heart was going to explode and my legs felt really sluggish. They didn’t want to turn over anymore. (In looking at my heart rate after it did get pretty high but not out of control or anything.) However, instead of just slowing down. I ran off the course and stopped completely.
I had a little talk with myself about getting back on track and I started running again. The next two miles were an 8:45 and an 8:42. I was not happy. Again, I should have just sucked it up and kept going but I just lost heart at this point and my legs felt dead. I ran into the S.O. after I started slowing down again and he was also suffering. He had slowed down to a walk and when I saw him I knew it wasn’t his day either.
He and I walked together for a bit and discussed our first few miles and decided to run it in to the finish together. We picked it back up going from 10 minute miles, to 9 minute miles, and then finished around an 8:30. The final mile from 8 to 9.3 is half bridge, half down hill and I honest to goodness enjoyed this last mile. I made it a point to run up the whole bridge and at least I’m happy with that. Ha.
I think the bottom line on this race is that I wasn’t into it mentally from the start, it was really humid, and my legs just didn’t feel peppy. It was the perfect “iceberg” for a race.
I hate to sound like such a Debbie Downer for this report but I always want to be honest in my blog. Everything can’t always be rainbows and unicorns.
So, the 15K PR still eludes me. I plan to try another one because I’m not going out like a punk. Heh. I know this weekend was tough for a bunch of my running friends for one reason or another and it’s been nice to have folks to bounce this stuff off of.
I suppose it’s official. The Florida warm temps and humidity are officially upon us. Time to hydrate and hit the treadmill.
I hope you all had great weekends! I promise to return with something more upbeat later this week.