Hoka One One Non-Sponsored Shoe Review 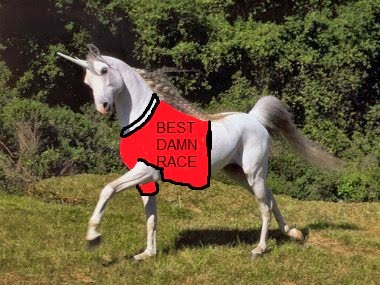 Before I begin my shoe review, I’d like to remind you all that I have discount codes for three of the four Best Damn Race locales. Best Damn Race just announced Jacksonville but my $5 off code isn’t working for that one as of yet. I’ll let you know when it is. Best Damn Race is a series located in four different areas in Florida. Don’t feel like dropping big bucks on the Mouse but want a runcation in Florida? Well, this is the series for you. In case you forgot, my code is: UNICORN.
Ok, on to the shoe review.
I guess I should point out that I’m not a “gusher.” I don’t know if I particularly rave about things that aren’t edible in general. I like a lot of things but I don’t typically shout about stuff from the rooftops. I’d also like to mention that I am not a brand loyal shoe wearer. I’ve worn Brooks, Mizuno, Nike, Saucony, New Balance, and Asics. I switch depending on where I am in a training cycle. I go with what feels good when I’m trying stuff on. I typically wear a moderate stability shoe with a good amount of cushion. I’ve always been a fan of what I call “foot pillows.” No minimalist shoe action for this girl. I go with what works for me.
I was running in the Saucony Guide 7’s and they were ready to head to that big shoe store in the sky. Or wherever beat to hell running shoes actually end up if you donate them. I had zero issues with these shoes. I just started feeling that more cushion may be the way to go for my current state of being beat to shit during ironman training. And I know a long list of speedy folks who are die hard Hoka fans. I figured I’d give them a try.
I tried on the Hoka One One Conquests and proceeded to run around the parking circle in front of the store. My sister was in town and was grabbing a coffee and came up as I was running. She paused and said something to the effect of, “Whoa. What are those!?”
These shoes are definitely not the best looking shoes I’ve ever worn. I look a bit like Frankenstein’s bride in them. My size ten foot certainly isn’t doing them any favors. I do care how my running shoes look, but not enough to prevent me from wearing something that works. Even if I do get some double takes. 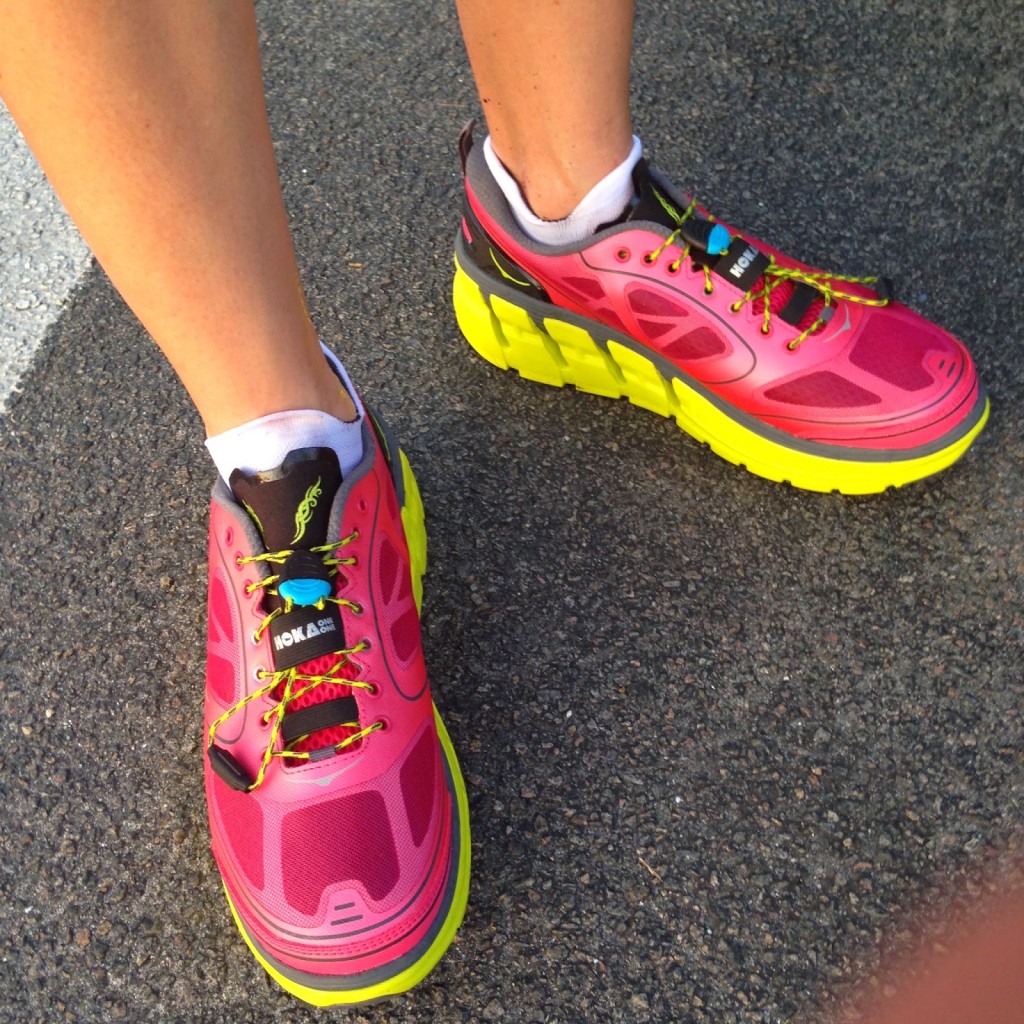 These shoes are not cheap. A friend pointed out how running is an inclusive sport and such an expensive shoe isn’t making her a fan. I can understand that, but if they last me longer than other less expensive shoes it may make it wash. Only time will tell on that.
I wore the Conquests for the first time on an early morning tempo run. I was actually nervous I’d bust my butt in them running in the dark because in my head I was imagining running in platforms. Fortunately, this was not the case and they felt fine. They are definitely “foot pillows” and I didn’t feel that they were too heavy, even though they are on the heavier side of running shoes. Hoka doesn’t make different stability in their shoes. Whatever they did with the Conquest is working with me on that issue. They felt springy and didn’t have any effect on my speed.
Since that first tempo, I’ve worn them on two short brick runs off the bike, a twenty mile long run, and another tempo this morning. Guess what? My twenty mile run felt like a twenty mile run. Haha. I sort of expected less soreness but I was about the same level sore I usually am after running twenty miles. I think they are a little more comfortable on all the sidewalk running that I do so I’ll call that a win. I don’t love the tongue on the shoe as I think it’s a little on the hard side, but my socks help with that. They also seemed to retain a lot of sweat because Meghan actually asked me if the sloshing noise was my shoes. It was.
Final Verdict
I’ll wear these for the ironman and may try other models but I’m not 100% hooked. I am in no way saying these aren’t good shoes, but I am still searching for my perfect shoe. It may not exist, but I sure do like the hunt.