I ain’t afraid of no ghost 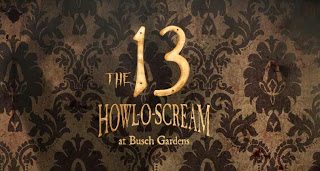 That’s right Howl-O-Scream at Busch Gardens! If you don’t know what that is, it’s basically a theme park turned into my Halloween dreams nightmares. There are eight haunted houses, three scare zones, and a cool new feature called The Experiment. I won tickets to The Experiment through a Yelp twitter contest and I’m anxious to see what it’s all about. Here’s what the site says about it:
“Researchers challenge your fear tolerance and mental endurance in this never-been-done-before Experiment. In this exclusive study, “test subjects” endure psychological tests and must face top fear-inducing elements, from roaches and snakes to needles and darkness. How far is too far in this study of fear? Will you survive The Experiment?”
Yeah, about that whole “roaches” thing…I’m out. I have a feeling I’ll be in The Experiment for about 30 seconds before I tap out. I don’t do roaches. Snakes? Sure. Darkness? No problemo. Needles? Psshaw. But roaches? Hell no.
And in addition to the haunted houses and such, the roller coasters are open as well. I’m such a dork when it comes to Halloween and theme parks.
Since we’re theme parking it up tonight, we’ll be doing our long runs on Sunday. I’m stoked to have a new running buddy who wants to run the bridges with me. She’s faster so I think it’ll help pull me a bit. I need some of that on these long runs so I don’t get into a too comfortable slower pace.
Have a great weekend friends! And best of luck to all doing Augusta 1/2 IM, Six Gap Century, Tour de Pink Century, and all the other races in between! 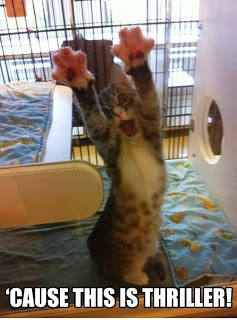