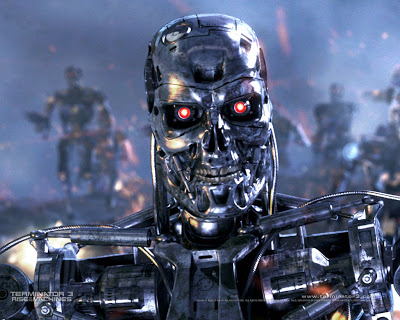 At least, if you are me and danger prone it is. For example this weekend while out on a lovely 18 mile bike ride with Dolly I was eaten bitten by a vampire bat horsefly*. It seriously effed me up!

You see, what had happened was, I was riding along all happy yesterday and feeling particularly tra-la-la-esque when I approached a water stop to await some friends who were behind me. I unclipped and hopped off Dolly to take a breather. Then, all of the sudden, like a lightning bolt, I felt a pain on the lower-outside of calf. When I looked down I saw a fly the size of a blue jay big fly latched onto my leg. As I swatted at it, it hung on tighter and I swear I heard high-pitched laughter.

I flailed around like a no-headed chicken and finally got the little bastard to let go. I looked at my leg for a split second and saw blood! But I had no time to seek first aid since this fly meant business and was not about to give up the most delicious meal it had ever tasted. It came back at me like a damn terminator. I continued with my swatting, slapping dance and am sure any folks who happened to see me while riding up thought I was practicing some sort of dance routine for So You Think You Can Dance. Either that or I was having a grand mal seizure.

Through some sort of miracle, or just because it was appalled by my dance moves, the terminator horsefly finally buzzed off. He or she (I don’t know the difference in gender of gigantic flies) angrily flew around the water coolers set up by the Park’s Department. This biting machine was obviously just re-grouping before another attack.

Finally, a few other riders approached and I warned them of the terminator fly who would, obviously, be back. One of my fellow cyclists decided to go after the monster and prevailed in killing it after an epic battle.

*I found this on Wikipedia about the horsefly, and since it’s on Wiki, it must be true: “The bite from a large specimen is painful, especially considering the agile nature of the fly. Most short tongued (short proboscid) species of horse flies use their knife-like mandibles to rip and/or slice flesh apart. Flies with longer proboscides bite more like a mosquito, their stylet-like mouthparts piercing the host’s skin like needles.”