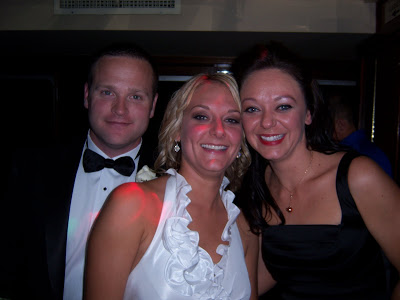 *Warning this post contains talk of booze and it’s pretty much the opposite of a running/healthy blog. We’ll be back to your regularly scheduled fit B.o.B. in a day or two.

Saturday was my sister’s wedding. And it pretty much kicked ass. No really. I think everyone on the boat got crunk.

Main Entry: crunk
Part of Speech: adj
Definition: exciting and fun; energized as if crazy and drunk
Example: The party will be crunk.
Etymology: 1995; hip-hop and rap usage
Usage: slang

There was a ceremony and all that mushy ish. But then there was a sweet reception on a boat. Similar to this song right HERE.

But let me back up to my three day tale of debauchery. I know, for shame! I was good up until Thursday. I ran and worked out Thursday and then got a wild hair and the party didn’t stop until yesterday.

Thursday night I met a friend for one beer. “I am only having one beer,” I said. Ha! Post marathon blues equal staying out for a very long time and many, many beers. Holy headache on Friday Batman! Tremendous time though and totally worth it.

Friday I had to go to the “rehearsal dinner” which really wasn’t a dinner at all. It was just a simple drinks and appetizers deal. In which I had more drinks than appetizers. Here is the conversation me and the bartender had:

And thus the second night of pretending I was 22 again ensued.

This brings us to the wedding day. I got up and had a headache. Shocking! Then I got my hair did. I would like you all to know that I have no filter the day after drinking. In fact I’m a little like the person on Facebook who over shares. I just let it fly. My hair stylist was rolling with laughter by the time she took out all of the curlers. She told me to have hangovers more often.

Then, I went to pick up the rental car. P-Funk took me to get it and she said my “no-filter” to her was really the same as running B.o.B. This only means that I let it fly around her all the time. Anyway, I rented a “luxury” vehicle to drive around in that day as I was doing a ton of transporting of the Bride and Groom. I loved the car (BMW b!tches!) but it took me about three hours to figure out how to unlock the doors and adjust the air. And that is why I won’t ever buy one (yeah, sure, that’s the reason).

I must say that with all the planning and dramatics leading up to the wedding itself I was a little concerned. We had random family crying, ill-fitting dresses, late deliveries, odd folks who wanted to attend, a ring mishap, and some other ish I won’t get into. However, the day of the wedding things went off without a hitch.

My sister was the most beautiful bride ever, and yes I am biased but the girl’s got amazing genes. Which I just so happen to share. Ahem.

I did in fact do the stanky leg, robot, and various booty shakes. My sister even delighted my mom with a special tribute dance just for the two of them. Flo Rida’s Apple Bottom jean…boots with the fur…My family rules.

After the wedding there was the after party, of course and then yesterday, guess what? Headache.

Today starts serious detox. Now, I am not a big drinker. Anymore. Before I started all the running I would drink more regularly. I had a great time this weekend and it was totally worth it. For this weekend. Your sister only gets married once right? (OK, most of the time it’s only once. I think they are going to be one timers personally.) Anyway, I am back to the running and detoxing like nobody’s bidness. In fact when I woke up this morning all I could think about was running. And tonight, run I did. Four hills and they felt great!

I really did have a super fab weekend, but I’m ready to get back to being healthy and kicking more gravel butt.

Hope you all had great weekends! See below for a couple shots from the wedding. 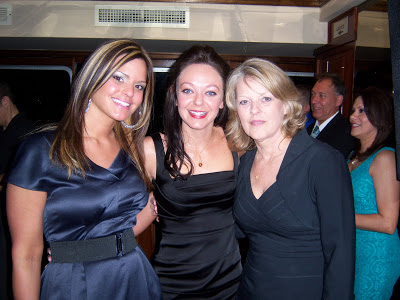 My cousin T, me, and my Aunt B. Dude, how hot is Aunt B? Totally hope I look like her when I’m her age!