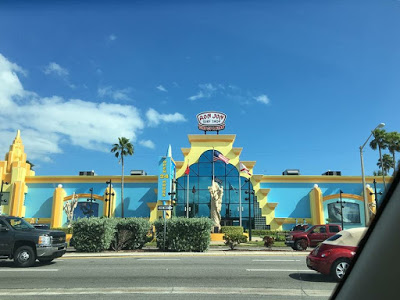 On Saturday I participated in the University of Tampa Master’s Swim Meet. I do this event every year and I realized it was the same weekend as the Cocoa Beach Half Marathon at some point after I had committed to both. I figured, I’m an ironman, surely I can swim and then run in the same weekend without much ado. *Cue Foreboding Music*
Basically, I swam four events and was outside from nine in the morning until about noon. It was sunny and warm. I’ll post more about the swim meet later this week.
After the swim meet and a quick shower and lunch, I headed to Cocoa Beach for packet pickup and an overnight stay super close to the race start shuttles and finish line. The two hour drive and swim meet drained me and I was exhausted when I got to packet pick up.