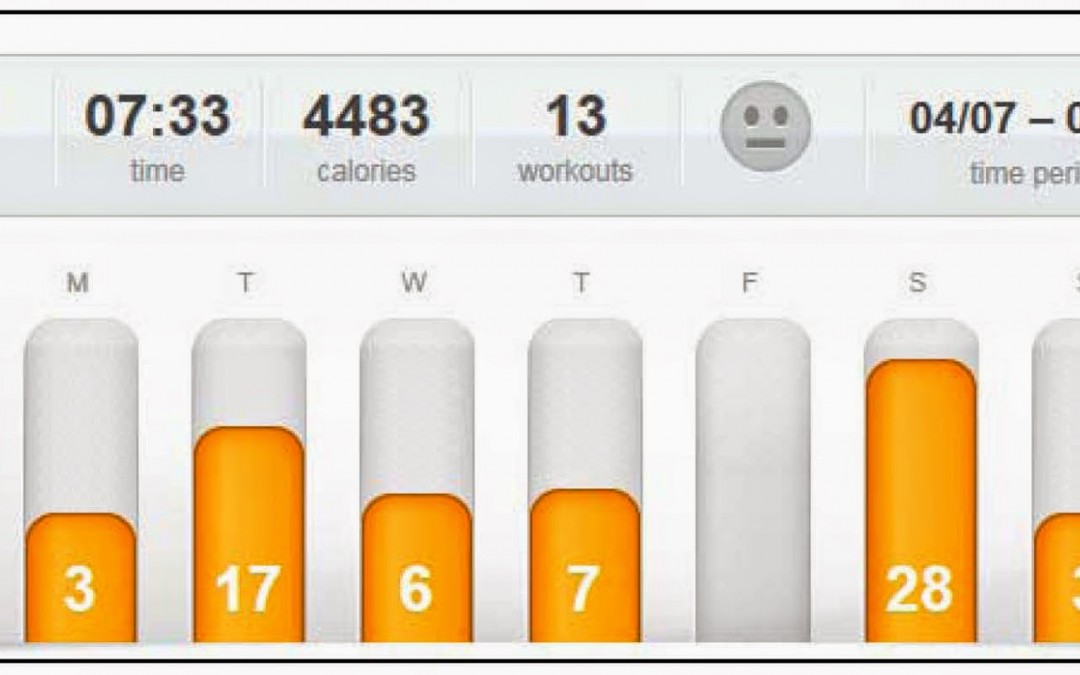 Last week was an odd one. I felt like I was doing much more than I actually was. This can only mean that I was tired and I’m glad I listened to my body and took a full rest day.

Monday – 2,200 meter AM swim that felt a little tough since my shoulders were sore from the hilly ride over the previous weekend. I’m participating in a college student’s thesis and it’s a study on running with and without music. I’ll be running some timed miles for her project and Monday evening I did my 2nd one. I ran a 6:41 and while it was “only” a mile, it hurt quite a bit. *Cue impending fatigue*
Tuesday – Solid hour trainer ride where I tried to throw in some intervals but wasn’t real scientific about it. I haven’t been on the trainer in a while and it felt pretty good. I also did some sit ups and push ups. I mean, they sorta resembled push ups…
Wednesday – Had a fun swim with my new bestie, Keara. I got in 2,575. I headed to track Wednesday night which is probably where I started my demise. We did four by 1,000 and one 400. I keep having to run with a gaggle of young boys (10 to 12-year-olds, I’d guess). They are quite funny because they either gun it the first lap and slow down or run with me and then smoke me the last interval. Oh well. I felt great for this workout but pooped when it was over.
Thursday – AM attempt at swimming. This has never happened to me before but I got to 1,200 yards and just couldn’t swim another stroke. I just couldn’t do it. I was too tired. I called a day and figured it was just a weird off morning. I decided I’d still shoot for my PM tempo run with a few friends. Boy was that a disaster. I tried to hang with them and I just kept running slower and slower. I got home and after a shower, immediately went to bed.
Friday – I REALLY wanted to ride in the early AM but my body was just not having it. I woke up, re-set my alarm, and went right back to sleep.
Saturday – Met up with Tori and Meghan for a bike ride. I had planned to go 40 miles but cut it to 30 and was totally cool with that. I knew I had a 5K the next day and I didn’t want to ride hard and exhaust myself all over again. I enjoyed riding with the girls and catching up with Tori, who just got back from her honeymoon and running the Paris Marathon.
Sunday – Irongirl 5K. Race report up tomorrow.
How was your week? Have a great Monday!