MCM Recap Part 1 or How to Dress a Fierce Hobo 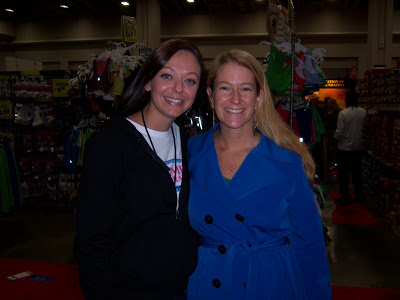 Here it is. The recap we’ve all been waiting for. Hell, even I was wondering how this whole thing would turn out. Fortunately, I have had some time to think about my experience at the 35th Marine Corps Marathon and will attempt to put it into eloquent paragraphs and grandiose verbage. If not, I’ll just talk about poop (or lack thereof) and legs so sore they feel like giant bruises.

Upon my arrival in DC last Thursday I met D (running bud and hero, Women’s Running Magazine Ambassador, and Marathon Expo Mayor) and Laurie from Injinji at the hotel. We sat at the bar where they had an adult beverage and I ordered a club soda with lime. You know, just so the bartender had something to do. “Hit me again,” I told him. I did not poop on this night.

Friday and Saturday, D and I headed to the expo to promote the magazine and sign up new readers. Honestly, it is a great magazine. I got it before I became friends with D AND they aren’t paying me to say this. Since I was helping work the Women’s Running Magazine booth I had two days of running nerdom ahead of me and I was stoked.

This is where I got to meet Carla from I Run, You Run! She’s adorable and had the most delightful blue coat on. I have since friended her on facebook and will now stalk her. Just kidding Carla. Sorta.

I also had a little race with Ryan Hall at the expo. You know, just for shiggles. And Runner’s World captured the whole thing. This is the photo proof of the cover before it goes to press. 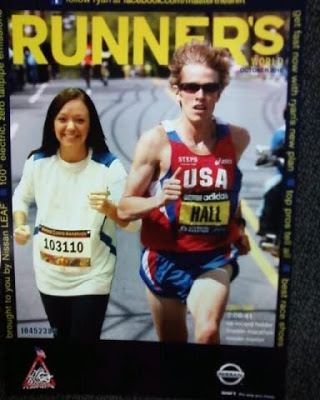 After that whole ordeal I told Ryan I had to get back to the hotel. I had a real race in morning. I did not poop on t his day. I got my outfit and gear together and before I knew it, it was Sunday morning. Early as hell, and I was ready to go.

About the outfit, I had been torn between Halloween and patriotism. Patriotism won out. Behold my red, white, and almost American blue! The shorts have blue stripes on the sides but they are hard to see in this photo. My bad. 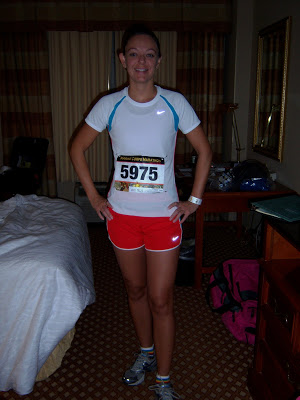 Behold the most hilarious thrown down outfit of all time! 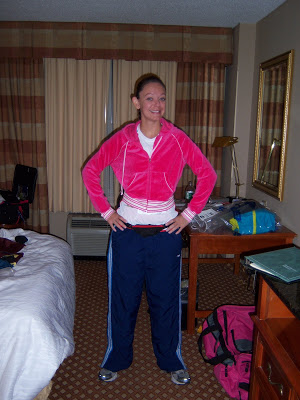 Whatevs. I was warm as hell. I topped this look off with a windbreaker and some gloves. There is a homeless guy walking the streets of DC right now who is fierce as hell in a pink hoodie. You betta work!I was dressed and ready to go. D and I headed to the start at the Pentagon and were warmly greeted by many Marines. Drool. One gave us special treatment by showing us to the UPS vans and how to meet up at the finish. He was awesome. OOO RAH! I lined up in the 4:00 hour corral and chatted with some folks. D and I discussed where I should line up and she said “There are so many people, it’s better to line up a little faster than your goal time.” At this point my goal time was 4:05. There it’s out. I wanted a 4:05 and had a secret hope for 4:00.Before I knew it, I was off and running. At this point I was thinking…I don’t see a lot of people. Where are all these alleged people? But then I realized the corrals were doubled across the road. There were two huge areas for each pace group. Whoa. All I could see where heads bobbing about ready to run. Thousands upon thousands of runners. All ready to take on the marathon. And I was one of them. As much as I know you all want to burn your retinas out I’m gonna stop here and get to the good stuff tomorrow.