My bike, I rode it 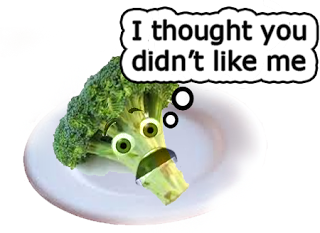 Yes, it’s true. I rode my bike. Dolly, my lovely blue Specialized Dolce, was in fact very dusty with scarily deflated tires. And a computer that’s battery was all but dead.
On Saturday a few tri friends and I headed out to da beach (you can really only say “da beach” right?) for a brick session. I actually opted to do a bike-tan brick since I wasn’t feeling the whole wetsuit thing and I didn’t want to run the day before my scheduled long run. Thus, I simply went for a teeny tiny bike ride.
The course we typically ride at da beach is a nice almost ten mile loop. I chose to ride with my buddy Jamie while the others were still swimming. I actually had to go back through Daily Mile to see how long it’s been since I’d ridden and I was surprised to see it was October. Yowza.
Here’s the thing. Before I rode Saturday I was telling myself that I didn’t have to like cycling. I was telling myself it was one of those things I want to like but don’t actually like. It’s similar to how I feel about broccoli. I want to like it. All of my friends like it and it’s so good for me. But I just don’t like it. Sorry. Broccoli equals blech to me. But yet, I just keep trying it.
I want to complete an Ironman someday and I can’t say that I’ve had as much fun at a race as I did at the Augusta Half Ironman, so yes, I will continue to ride. I also know that to get any better at being an actual triathlete, the bicycle is part of it. Triathletes are supposed to be as well rounded in all three disciplines as possible. Navy Steve told me that and he’s right. Triathlon is three sports. And, that bike portion is always right in the middle.
So on Saturday when Jamie and I got rolling, I was surprised to find myself smiling. And spinning my legs without my usual grimace of pain. Starting small with those ten miles was probably key because even though I wanted to ride farther I didn’t want to over do it and be beat for my run the next day. It was gorgeous out and I didn’t hate it at all. In fact, I actually enjoyed it. I suppose I’ve had a long enough break from cycling and I’m going to keep trying it. I wish I could say the same thing for broccoli.