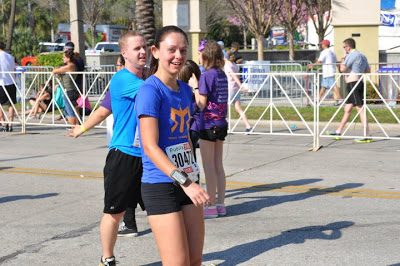 Guess what? It’s official. It’s the summer. And you know how I know? My calendar says so.

Even though it’s pretty much been summer here in Florida since oh, I dunno, April, the highfalutin calendar says today is actually the first day of summer so who am I to argue?

Since I’ve signed up for two more tri’s and a 5K next month I figure I may as well get used to the heat and just do what I do every summer…suck it up buttercup. That being said, on Sunday I did the four mile 5 PM group run and felt as though my face was literally going to melt off. Fortunately, Caribbean Steve was there to talk so much that I forgot how hot it was and could only think about telling him to shut the hell up. Just kidding, C Steve, I still knew how hot it was. And YOU know how your talking helps get me and everyone else through a tough run (See: Ft Lauderdale Marathon Report).

What’s really awesome about running in this heat is how RED my face gets. See photo as evidence below, and this is RED face from that 8K in FEBRUARY. June RED face is much, much worse.

The one thing that does seem to help is an ice bath. Yep. The old ice bath really seems to help bring the temperature back down. On Sunday after the 5 PM run from hades I had my roomie dump ice into the tub while I sat there in my bathing suit. He thinks I am completely nuts, but I was still so HOT from the run that I felt like as soon as the ice hit my skin it melted. That’s my way of saying, I’m hot. Tee hee! 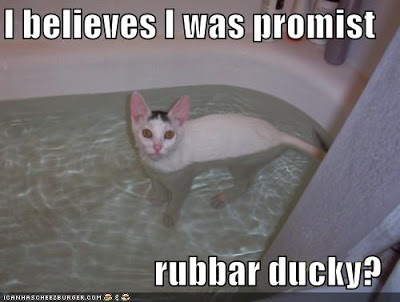 This concludes my one and only post about it being hot and the summer and running in the heat and what to do about it and blahbitty-blah-blah.