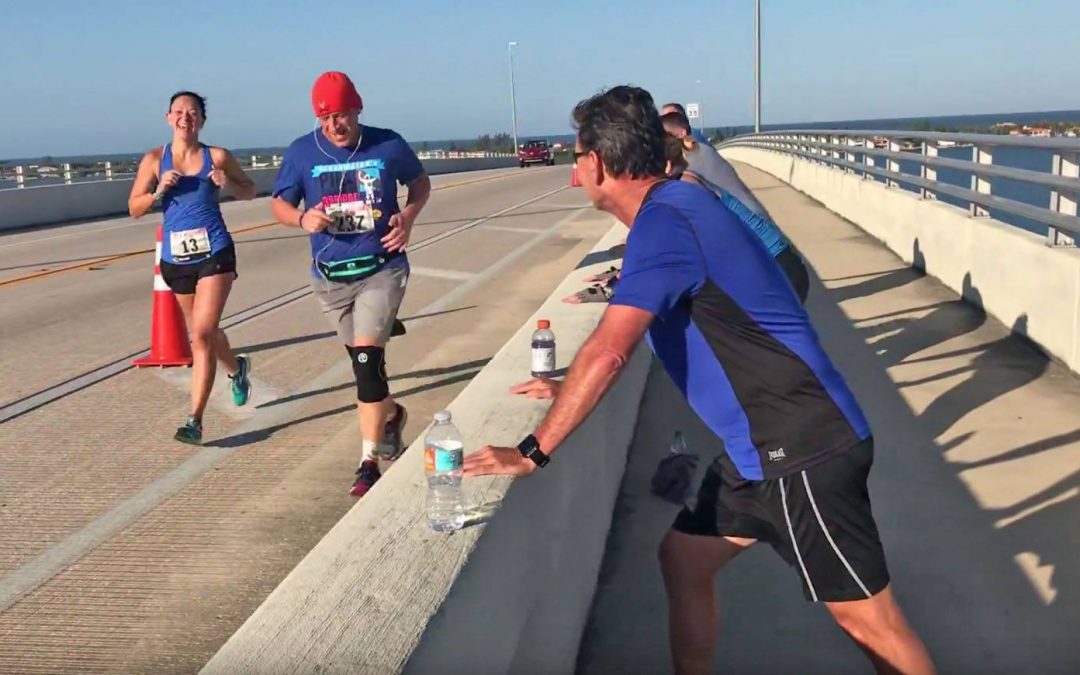 I may have finally learned my lesson that just because you get a free entry, you shouldn’t necessarily do the race. Yep. That’s how this report is going to go. Ha!

The Phil Doganiero 3 Bridge Race is exactly as described. A half marathon with three bridges. Bridges that I haven’t trained on in quite some time, though Meghan and I used to practically live on them in the months before our ironman way back in 2014. Forewarning: I have a bunch of excuses for why this race stunk so hard, but mostly it’s that what I expected to run and the runner I am right now didn’t meet each other until after mile eight.

I woke up race morning, last Saturday, and really didn’t feel ready to run a half. But I told myself, it’s just a training run and you can run it comfortably in two hours. This is not a brag, I had run that half at my 70.3 three weeks prior in 2:03, so this “goal” time sounded accurate in my head. However, I had decided that week to cut back – way back – on carbs. I also started my period the day before the race. I was having cramps and felt really low energy. But my inner dialogue told me it was fine. Get out the door and just go have a “hard training run.”

Well that is exactly what I got, a hard training run. I felt ok the first two miles which included bridge number one, and tried to keep the pace even as I knew the last bridge was probably going to hurt. These aren’t small bridges and the base of the third, just as you see the bottom, mercilessly sends you immediately up a hill. By mile seven I was feeling it and over the second bridge. I had to go to the bathroom thanks to aforementioned diet and lady stuff. Yes, the lady stuff makes you have to poo extra. (All ladies are nodding right now.) Unfortunately, I didn’t see a porta potty and I wanted to go before the next bridge. Fortunately, I’ve run this route approximately 543 times so I knew where an actual restroom was on the course. It was across the street which probably added about a quarter mile.

I hopped back into the race and faced the third bridge and stupid hill. It was around this point that we got a head wind. Have you ever run up a bridge with a headwind? It’s so fun! You should try it. This was around mile eight to nine. Anyway, I slogged up and saw some friendly faces at the top. I’m laughing because they were saying something funny. #tearsofaclown

This bridge is where I realized I was not a comfortable 2 hour half marathoner right now – especially a half marathon with bridges on no carbs! 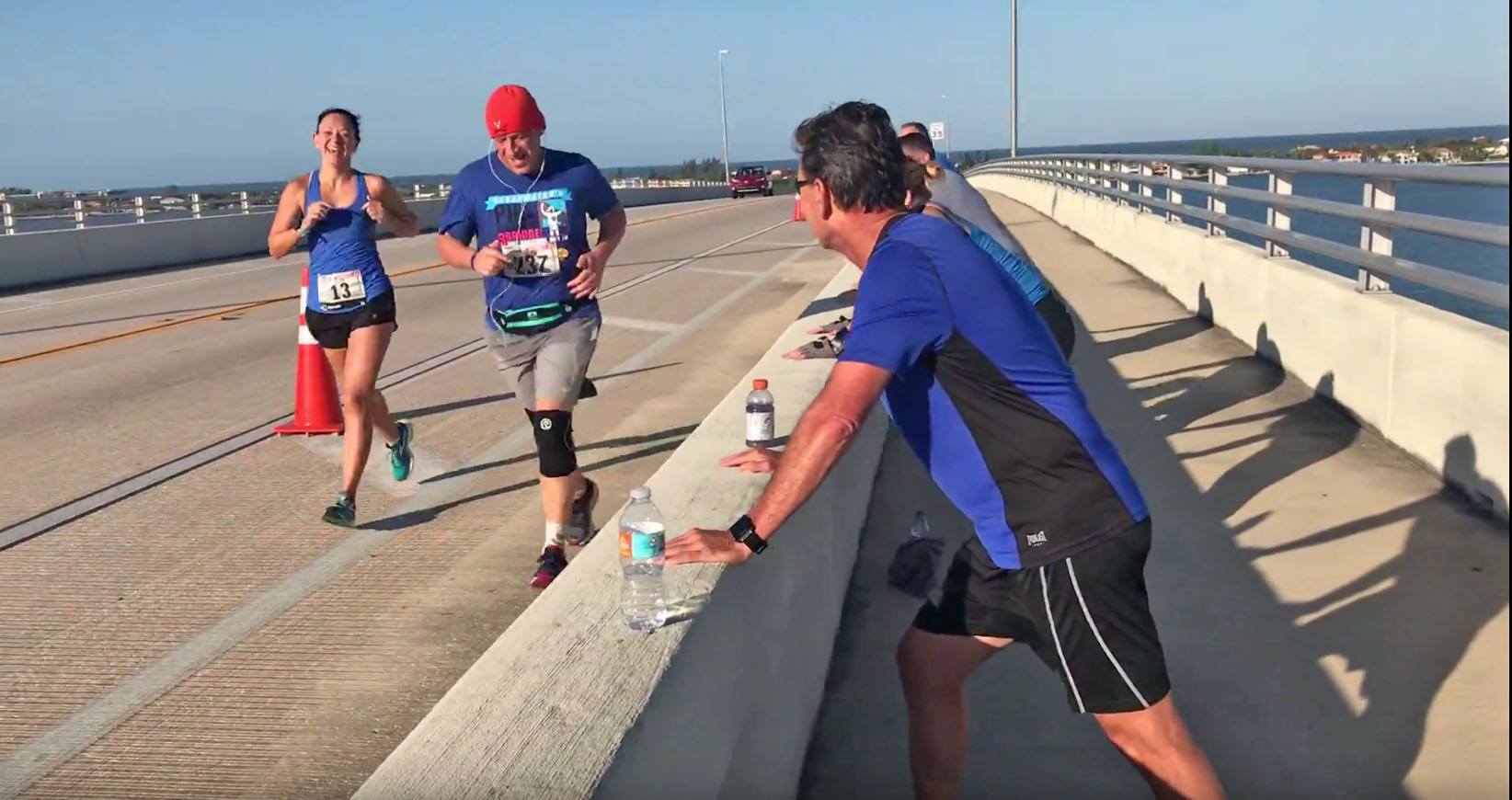 I got down to the base of the final bridge and then I slogged up the hill and my heart was about to explode at this point. The wheels were trying to fall off and I was trying to hold them together like a running MacGyvor. Except I was all out of bubble gum wrappers and paper clips.

I ran on and chatted with a few familiar faces on the course, including a man who had also done NC 70.3 and was in the hurt locker. I was able to pick up the pace for miles 12 and 13 but the damage was done and I could not wait to be finished. I wanted to smile for the cameras anyway as I knew if I smiled on the outside I could trick my brain into giving me the happy feels that I desperately needed. 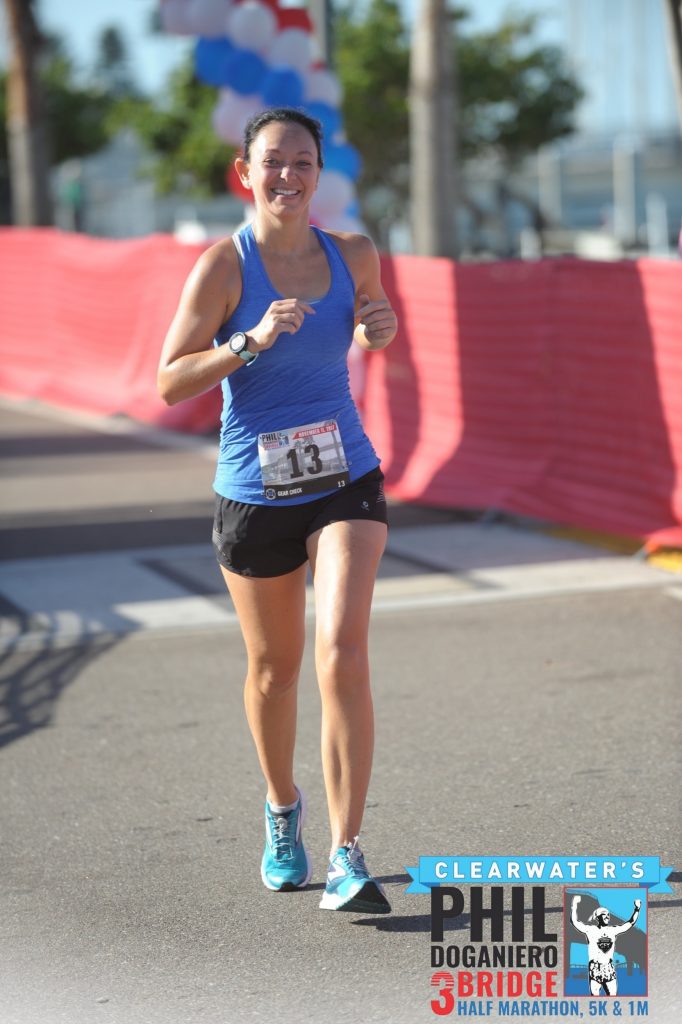 Fake it til you make it.

As I approached the finish line, I wanted to slink through and get the heck out of dodge. Nothing to see here folks. But, of course, the announcer and I know each other from a few other races so I got a shout out and that made me smile. Again, I felt like dog poo but as I always say, I heart finish lines. 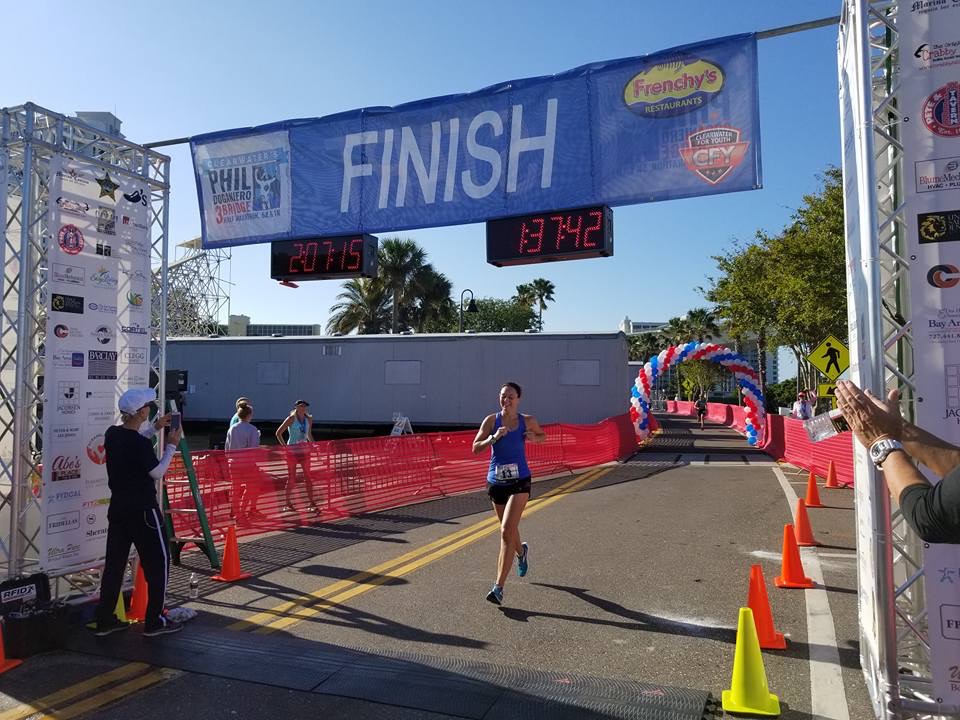 I finished with a hard fought for 2:07. This isn’t my best performance but I should have gone into this race knowing what I was capable of that day and not berate myself as much as I did the rest of the day. Running is something I love and this was a race that I did some dumb things before, during, and after. I didn’t eat any carbs, I didn’t take any gels during until mile 11, and I didn’t eat immediately after. Yes, I am a coach, and yet some days get the best of me and I do dumb things. What can I say? No one is perfect.