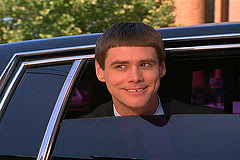 Do you all remember progress reports? I think they were like report cards only for a shorter time frame. Mine were typically good because I’m a goody two shoes with the occasional “talks too much in class” deal. Shocking, I know.
In thinking of progress reports this morning I figured I’d write my own progress report with my return to running. I’ve been back up and running since my six week hiatus that ended on Saturday, March 2nd. I marked this return by running a 5K because I’m dumb like that. I then followed that up with a half marathon because, again, I’m so pretty smart.
I’ve been back to running for almost four months now and it’s been quite a challenge. I kept hearing people say that it would come back quickly but honestly, “it” hasn’t. My current state of running isn’t quite where it was when I left off but “it” is getting there. In case anyone isn’t aware, DO NOT attempt a return to pre-injury or pre-hiatus running during the summer. In a word, it’s been….soul crushing.
The silver lining in this so far bleak post is that I mentally feel better about where I am as a runner. I was killing myself initially and feeling bad every week at track when I lined up two or three groups behind where I was. But, I am truly seeing some progress every week and in the life of a runner you sometimes have to think about where you are right now and not dwell on the past. This has been a big lesson for me and it’s one that I’m not totally good at. Yet.
So, here it is, my progress report. 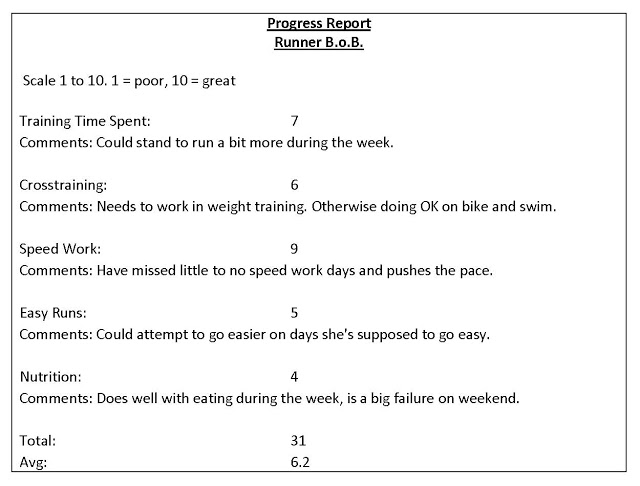 In my comeback to running, I’m giving myself a 6.2 average. I definitely need to work on a few things and I probably should have added in “mental training” cause lord knows I have been a work in progress on that end. Ultimately, I’m giving myself a pat on the back because coming back to running is not easy. And again, being happy to run at all is really where it’s at.
Ever given yourself a progress report? What would you add in or take out?