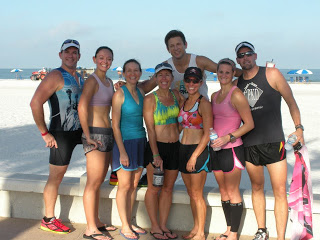 It’s Thursday already? Man, I love a short week. I have so much to be thankful for right now but I’ve gotta keep it short since I didn’t have time to write this last night. I figure a little list will do, no?
Today I’m thankful for:
1. Gatorade. As a former hater of sports drinks I’ve now become a full fledged lover of Gatorade. I have always been opposed to taking in calories via liquids, so it surprised me just how much better I felt when I drank the stuff during a tough ride and even the day before a workout. No more drinking my hater-ade, this stuff works for oh, say 100 mile bike rides and days filled with running and swimming. I drink the G2 when I can but sometimes the fully loaded is needed. Seriously, who am I?
2. Summer beach running!
3. Blogging friends swim! We met up on Saturday after our run for a swim clinic put on by a guy named Coach Matt. It was a great workout and we practiced entering and exiting the water efficiently. You can read the whole deal on Steph’s blog HERE.

4. Running with old friends. Last night I got to run with Cute K (remember her from my Ft Lauderdale mary?) and Gary. I hadn’t seen either of them in quite some time so I was thrilled with our little running reunion. Always great to catch up during a good run.
5. Lloyd. I’m always thankful for Lloyd but he has been having a few health issues lately. Mainly, seizures or what they call “fly catching.” He had been sleeping under the bed and not snuggling as much as he used and he just generally didn’t seem like himself. Fortunately, the vet put him on a seizure med and he’s doing much, much better. Hooray! 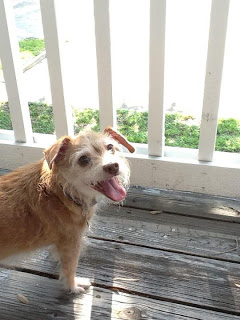