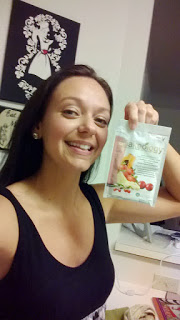 Ever since the S.O. and I got back from Puerto Rico we’d been discussing trying various “cleanse” type programs to get rid of the all the crap (no pun intended) we ate while on vacation. I personally have been feeling a bit more bloated and run down than I would like and read a lot of benefits to doing a cleanse. Now, I know some of you think cleanses are really poor ways to lose weight and not all that good for you. And I admit, there are a lot out there that seem entirely too restrictive. I, for one, could not survive on water with cayenne pepper for seven days or cabbage soup for 14 days. That being said, I’m a firm believer of to each their own and this is simply my opinion on the cleanse that I chose. I paid for the product and this is NOT a sponsored post.*
Anywho. The other day on twitter my buddy Jim mentioned he was selling a cleanse through a product line called Shakeology. I’ve heard of this product before because it’s part of the Insanity/Beach Body line of products. I’ve never done Insanity (other than that one time in Cancun, but that’s a totally different blog) nor had I ever tried Shakeology so I asked him a few questions about the cleanse.  I was sold when he said I could still workout and that I could eat an actual dinner.
The cleanse is pretty straightforward. It actually reminds of me Slimfast. You know, shake for breakfast, shake for lunch, and a sensible dinner. Tommy Lasorda FTW! Ok, it’s not quite as simple as that, but close enough. It also appealed to  me because I hate grocery shopping and I wanted something I didn’t have to prep days in advance. I’m the worst procrastinator on earth. More on that someday. Maybe.
In addition to the shakes, you drink two cups of green tea and can add in fruit as a snack if you are working out. The dinner has to consist of veggies and protein. And of course, lots of water throughout the day. You can read the in depth cleanse instructions here. And you can read the nutritional information for the shakes here.

1 cup green tea. (The cleanse came with the Tazo Zen green tea.) Delish!
Breakfast shake. Tropical Strawberry. Tastes like strawberry banana to me. Tasty!
1 cup green tea. I love green tea! Who knew?
Snack time! A banana.
Lunch shake. Same as breakfast.
Dinner. Grilled chicken wings with grilled onions and a tomato and mozzarella salad. Yes, I cheated here and had cheese. Dairy is a no-no on this diet, but what can I say? I’m a cheater.
Snack. A shake for dessert!
Feelings: I felt fine on day one. I didn’t get overly hungry and felt satisfied all day. I did have a headache that I’m guessing was due to my big drop in caffeine. I did feel better from my weekend cold though, so I guess I chose the right time to cleanse.
Day 2
1 cup of yummy green tea.
Breakfast shake.
Snack. An orange.
1 cup of green tea. (I look forward to this all three days.)
Lunch shake. I had one packet of the chocolate to try. Needless to say, I’m glad I only had one packet of chocolate. Blech.
Snack. An apple and a shake. Track Tuesday!
Dinner. Grilled chicken salad, light vinaigrette dressing.
Feelings: I feel good. Lighter. I have a lot of energy despite getting VERY hungry before track. I chose to have my shake and an apple because I didn’t want to get queasy while running in circles. I was also really hungry. I had a great workout and when I went to eat dinner I got full very quickly.
Day 3
1 cup of green tea. Hooray!
Breakfast shake.
Snack. A banana.
Lunch shake. For some reason, the shake is pretty filling. And I’m not even craving the bagels in the break room.
Dinner. Streak and veggies. (I was starving after leaving work late and I didn’t have my third shake because I was super full.)
Feelings: I feel great. I was so hungry that Lloyd looked like a turkey leg at one point. I’m ready for eggs and bacon and coffee but I have to admit that I feel very healthy. I had more energy than I expected and no caffeine headache.

The Day After
Overall, I feel great! I woke up early this morning to finish this post and eat breakfast. Yay eggs! I was surprised at how quickly I got full because I could barely eat half of my normal breakfast of two eggs and two pieces of turkey bacon. It would appear the cleanse helped me get fuller faster. Bonus! I don’t want to gorge myself and undo all the work so I’m easing back into everything and trying to stay low sugar, low carbs.

Pros
1. It’s super easy to prepare.
2. You can workout because you aren’t too calorie depleted.
3. It’s only three days! You can do anything for three days!
4. The shakes do have great ingredients and I really feel better. Energized and less bloated for sure.
5. It jump started my metabolism and I lost 3 lbs.

Cons
1. The shakes can get old, but again, only three days. Suck it up.
2. The chocolate shake IMHO was chalky. (I hear it’s Jim’s fave, so what do I know?)
3. It’s pricier than going the make-it-all-yourself route. The special Jim was running was $45. It came with nine shakes and six green tea packets. That special isn’t run all the time so to buy a month of Shakeology can be pricey. It all depends on how much and how you use the shakes because subbing them for going out to eat is clearly cheaper and healthier.

Ultimately, I would recommend this if you are looking for a relatively easy cleanse. I wasn’t trying to lose a ton of weight or anything so the three lbs over three days was more than I expected. And losing more than that can be considered unhealthy. Finally, in case you got nervous that I ate Lloyd on day three….he’s fine. 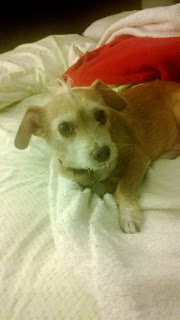 *Disclaimer: I will NOT be selling this product nor am I am Beach Body Coach or want to be. I just wanted to try it. I’m not a doctor and this is just my opinion.