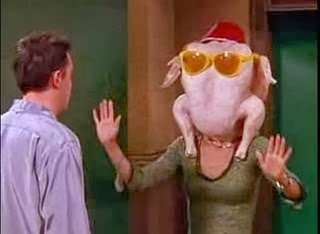 So far, this week has been kind of a bitch in regards to running. I just was not feeling it. My mileage is lower than it should be but I figure it’s ok and it’s better that I listen to my body. However, with only ten weeks to go this will not become a habit.
Monday – Was supposed to run ten miles. Felt like poo. Took a rest day.
Tuesday – Ran at track solo and got in six ugly 800’s.
Wednesday – Swam 2,000 meters in the AM. Ran eight miles vs that ten I skipped in the PM. I felt good but it got dark and I was too chicken to run two more by myself. It happens.
Thursday – Had seven miles on deck, with five at tempo pace. It was super windy on the way out for this run. That part sucked. My legs were also pretty grumpy. But on the plus side, it was cool and I completed the run with some negative splits.
Fortunately, I don’t normally run on Fridays and I get to do my long run on Saturday in DC. I am hopeful that this week will finish on the upswing with regards to my running. I know it’s going to be an awesome Sunday as I cheer on the S.O., Beka, Kat, Megan, and so stinkin many others at the Marine Corps Marathon. If I missed you, PLEASE let me know in the comments. I want to yell for you!
By the way, I picked out my costume and it’s pretty freakin’ amazing, if I do say so myself. But since it involves a rather large mask type thing over my head, I’ll be yelling for you and telling you, “HEY IT’S BETH! IT’S ME, B.O.B.!” Ha!

Ever have one of those weeks? When did you feel the most tired during your marathon training?