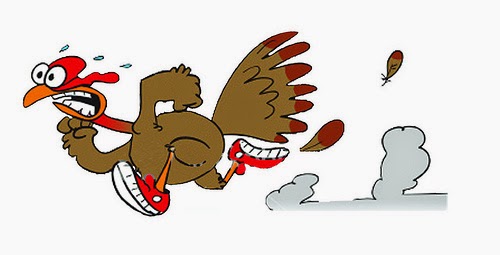 As per usual, I ran the Turkey Trot 5K on Thanksgiving morning. Now, this is a race I have had PR’s at and I was a little uncertain as to how I’d feel this year. I had a fantastic track session with the Tribal Multisport group on Sunday so I thought I might be close to a PR this year. However, one track session does not a PR make. Coach Jon told me to go for it and that the Turkey Trot is a good race since there’s not a lot of pressure on it. He makes a valid point. Even if I still wanted to PR, I knew it’d be A-OK if I didn’t. Lots of running season left to go.

The funny thing about this 5K is not that the first half mile is slightly downhill but that you hit a hill at mile 2.36. Of a 3.1 mile run. It’s hilarious. *Said with all the sarcasm in the whole wide world* Yes, I know you people with actual hills will laugh at this, but hitting even the slightest hill toward the end of a 5K sucks. It sucks major wind. Fact.

That orange in the elevation chart above represents where I start shitting the bed tend to slow down and think that I am actually going to have a heart attack. It was more true this year than in year’s past. Where did all my speed go?

Back to the running itself, I ran a fantastic positive split race, which is pretty standard on this course for me. I did try to reign in the first mile because I knew to get close to a PR I would really need to go out as conservative as I could, within the PR pace naturally. The first mile was a cluster as this is a HUGE race.
Unfortunately, I just couldn’t hang on to the seven minute miles I was gunning for. By the end of the first mile I knew this would be a hang on to at least come in the top 125 women to get a mug.
Mile 1: 7:07
Mile 2: 7:12
Mile 3: 7:39
Oof. That last mile was U-G-L-Y. (And I ain’t got no alibi.)
Fortunately, I did get my 2014 Turkey Trot top finisher’s mug and was the 83rd woman with a time of 23:16. This race isn’t chip times so the time shows by the order in which I finished, although my Garmin said 23:12. But who’s counting? Haha. This is a fast race, for sure. Hopefully, I’ll be faster next year and move up the ranks a bit. 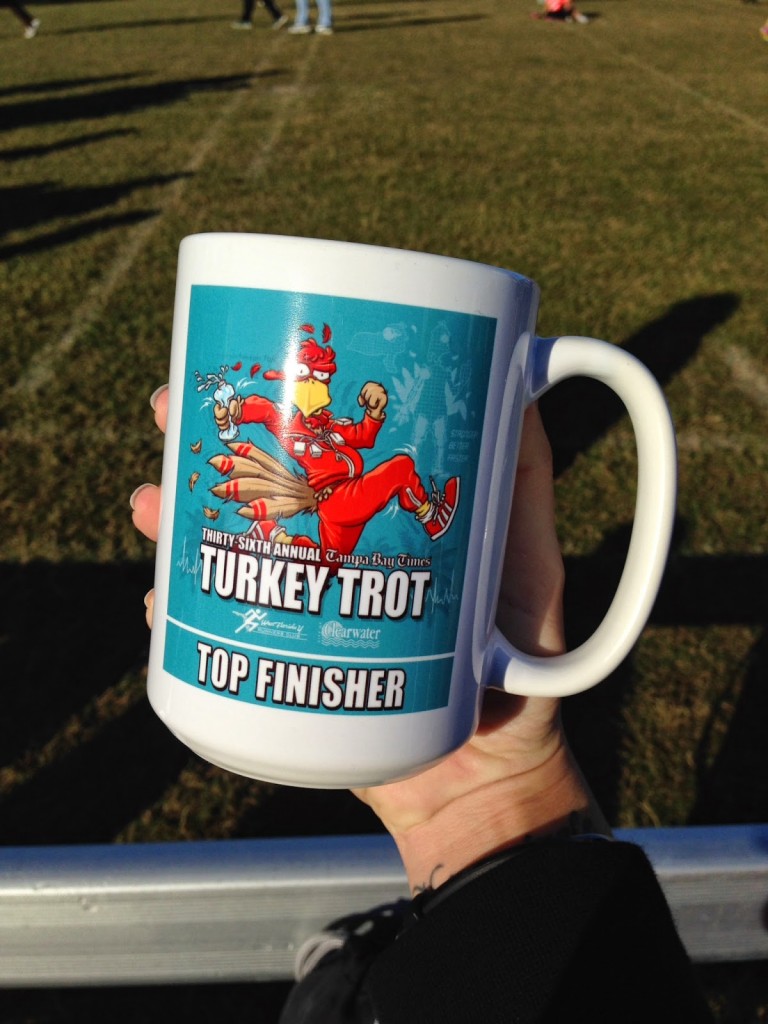 I hope you all had wonderful Thanksgivings and got in a little bit of Turkey Trotting too.