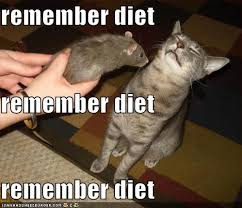 I didn’t really want to write this post because I don’t want anyone to think I’m one of those weird people who eats crap all the time and doesn’t gain weight. Trust me, I hate those people too. I also don’t want anyone to think I’m anorexic or have body dysmorphia. I know the size I am and I know the size I like to be. The fact of the matter is that I struggle with my diet just like everyone else and I do love me some donuts and cupcakes. I frequently post pics of those things because, let’s face it, they’re fun! I like desserts but it doesn’t mean that I eat cake for breakfast and ice cream for dinner.
As a reminder of my history, I gained a lot of weight in college. I was probably at my heaviest right as I graduated and weighed 155 pounds. I am about 5’8 so that helped me carry it to a certain degree, but I was miserable. As a high school athlete I wasn’t used to being heavier. I hated having to buy clothes and the worst was bathing suit shopping. I once heard a guy on the street behind me say, “That girl has a huge ass!” Ouch. I started working out and watching what I ate using the South Beach Diet. Then I started running and the more I ran the less I had to follow South Beach. It was a Godsend because I love me some carbs. I lost weight and was not only healthier, but I was much happier and more confident.
Fast forward to six weeks ago. I took my break from running and didn’t really watch my diet as carefully as I probably could and should have. It was my birthday month and I over indulged a bit in sweets and my beloved carbs. It happens to the best of us. And guess what? My clothes started getting tighter and I gained weight. I gained seven pounds in all. Which, on the one hand, isn’t terrible for a six week running break, but on the other hand, I now have to work to take those seven pounds off.
I can practically hear the eye rolls. Bear with me. Seven pounds may not seem like a lot but we all know how it goes. Seven can quickly turn to ten and then ten to 15 and so on. This weight gain is enough to get me to re-commit myself to eating right and not just because I can run again. I can’t keeping using running as my crutch to eat like crap.
I have decided to do this the old fashioned way. Instead of cutting carbs this time, which has gotten especially difficult as a runner, I’m trying to be more mindful of the carbs I eat. I’m sticking to fruits and sweet potatoes and whole grains. I’m trying (oh good lord this hard) to stay away from french fries, hashbrowns, basically all white potato products, and bread. I’m counting calories and counting the calories I burn during exercise.

While none of this exactly fun, like those mini-donuts I ate on Saturday, it is necessary and I need to do it so my pants don’t keep getting tighter. The more muscles I can build and fat I can burn, the faster I can run. And that’s always a bonus in my book.
Have you ever had to start over with your nutrition? Any tips to share?