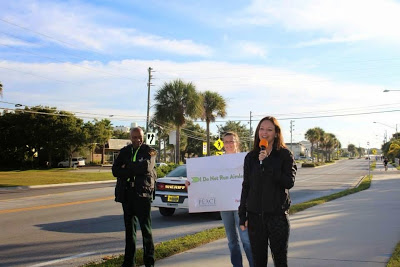 Hey all! How’s the week going so far? Good here. I’m looking forward to this Friday as I’ll be heading to Las Vegas for the Rock N Roll 1/2! I cannot wait. Here’s how my weekend shaped up.
My Friday plans got changed from a 5K with a friend’s baby jogger to a four mile jaunt on the treadmill. I was bummed they had to cancel our date, but totally fine with not driving to the race on a Friday night with traffic. I had a slight panic trying to decide what to do for a replacement workout because I’m just not quite ready to race a 5K. Fortunately, Coach Jon, gave me a green light for the four mile treadmill run. It was too dark to run outside and I actually enjoyed the treadmill. I haven’t been on a one in ages.
It was a quick dinner at home and then lights out early because the S.O. was racing a half marathon Saturday AM and I was volunteering.

We woke up early Saturday morning to head to the race at the lovely Honeymoon Island. It was pretty chilly out and I was super grateful that the S.O. handed me gloves as he dropped me off at my station. I was stationed at the halfway turn of the half marathon. My job was to send folks around the turn cone and cheer them on. I had a microphone. It was glorious.

I met some very cool people who happened to be cheering for friends at my station and we had fun cheering the athletes on. Then again, I’m a total ham so being handed a microphone always makes me smile. I also do bar mitzvahs. Heh.

The S.O. and many in my new training team, Tribal Multi-Sport, did really, really well. Our two coaches came in first and second place overall and there was a lot of hardware earned. I’m really happy to train with such outstanding athletes.

After the race, we ate breakfast and did some housework before heading out to see a movie in the evening. We went to see Interstellar and I must admit that I was confused by some of the movie even though I did find it entertaining. It’s worth seeing, just don’t try to think through some of the plot holes, you’ll go insane like that one astronaut….

Sunday called for my longest run since the ironman. I had an eleven mile run scheduled with some pretty specific pacing. I had to read it over a few times to memorize exactly what I was doing. I’m getting more and more used to this style of running and it’s really teaching me how to run on tired legs.

The S.O. and I finished out our weekend with (him) a little football and (me) an arts and crafts fair with Tori. Then we watched some tv and ate dinner in front of Sons of Anarchy. We just started that show and are really liking it. I love how I am rooting for straight up criminals. Ha.

Yesterday called for a recovery ride. *record scratches* Yes. A ride. I actually got on my bike. On the trainer. That was a big feat because I actually had to bring my bike upstairs and set up the trainer. It was a whopping thirty minutes of easy spinning but I made it through with an episode of Dr. Who.

And, I think we’re all caught up now.

How was your weekend? Do any racing?